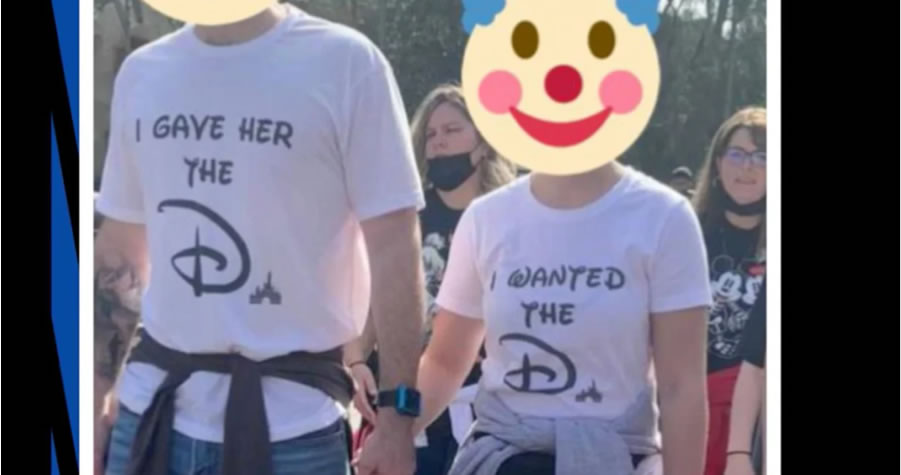 Angry Disney fans are coming out in droves to decry the wearing of raunchy and sexually suggestive apparel inside parks.

According to a Thursday report from the New York Post, social media user Sam Carter tweeted a censored photo of a man and woman wearing shirts that read, “I gave her the D” and “I wanted the D.”

Carter — a former Disney creative designer, according to the outlet — captioned the photo, “D is for Don’t,” sparking an in-depth conversation in the accompanying Twitter thread.

One user pointed out how uncomfortable it would be to explain the shirts to a child.

The user wrote, “The shirt literally suggests they smashed and they are at a kids theme park. Wouldnt want to have to explain what the shirt means to a kid.”

Another added, “Kind of tacky to bring to a theme park.”