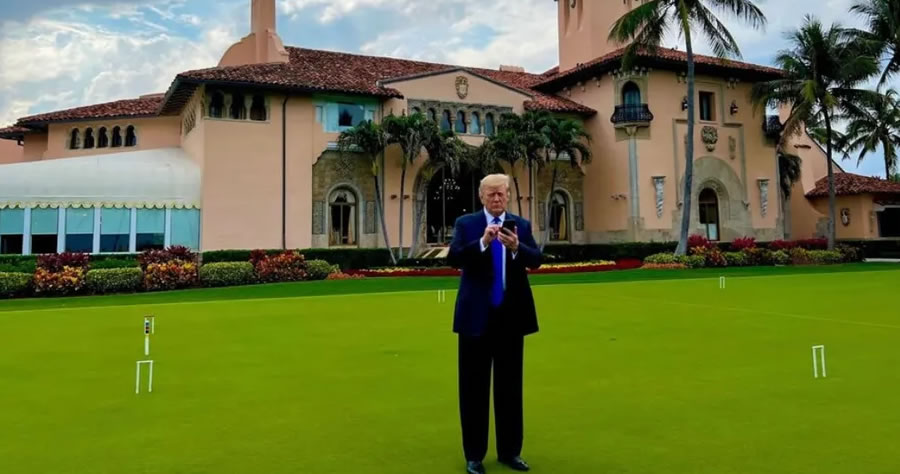 Former President Donald Trump on Thursday made his first substantive post on his social media platform Truth Social by including a joke referencing one of his most famous Twitter posts.

“I’M BACK! #COVFEFE” he wrote, including a picture of himself on the croquet course at his Mar-a-Lago Club in Florida.

COVFEFE was a reference to a tweet the president sent out in May 2017 that started, “Despite the constant negative press covfefe.” The tweet and reaction to it went viral early in his presidency.

Trump’s presence on Truth Social was announced on Twitter by his spokesperson Liz Harrington.

“I hear someone is posting over on TRUTH Social,” she tweeted.

Before Thursday’s post, Trump’s lone communication on his platform came back in February when he promised “Get Ready! Your favorite president will see you soon!”

Truth Social has grown in popularity since its launch in February. It earned the position of the No. 1 free app on the iOS app store on Tuesday, with the Twitter app coming in second.