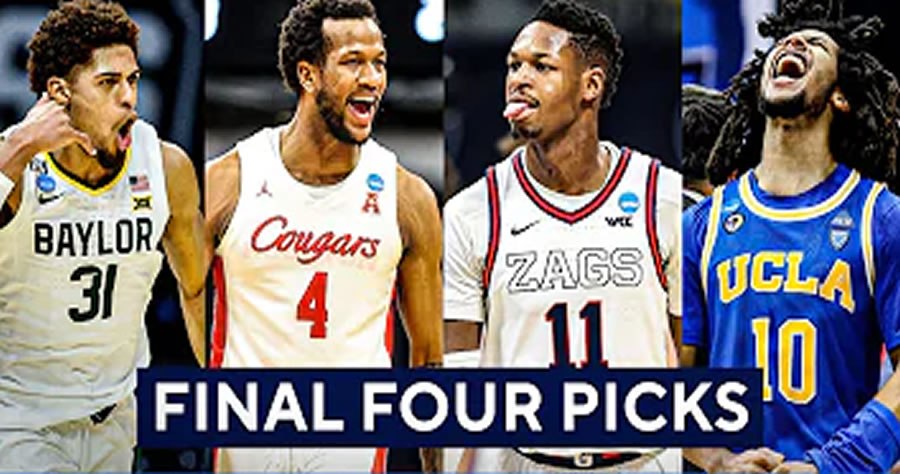 For all the hubbub of madness, for all the upsets, for all the underdog winners and superdog stunners, the 2021 men’s NCAA tournament will end with a lot of chalk: two No. 1 seeds, a No. 2 seed and the black sheep of the group, No. 11 seed UCLA.

Indicative of this bizarre COVID-19 year, this tournament has produced a Final Four with three of the top-eight seeds in the event while also featuring a record-tying number of upsets (13 wins by teams seeded five spots worse than their opponent). Top seeds Gonzaga and Baylor are joined by No. 2 seed Houston and, as mentioned, the upstart Bruins, who barely squeaked into this event, even having to win a game in the First Four.

UCLA’s win over Michigan kept alive a streak. It will be the eighth consecutive men’s Final Four with a No. 5 or lower seed. The cumulative seeding total of 15, while on the high end of Final Fours historically, is about average for the last decade (14.8). In fact, five Final Fours since 2011 have totaled a bigger number.