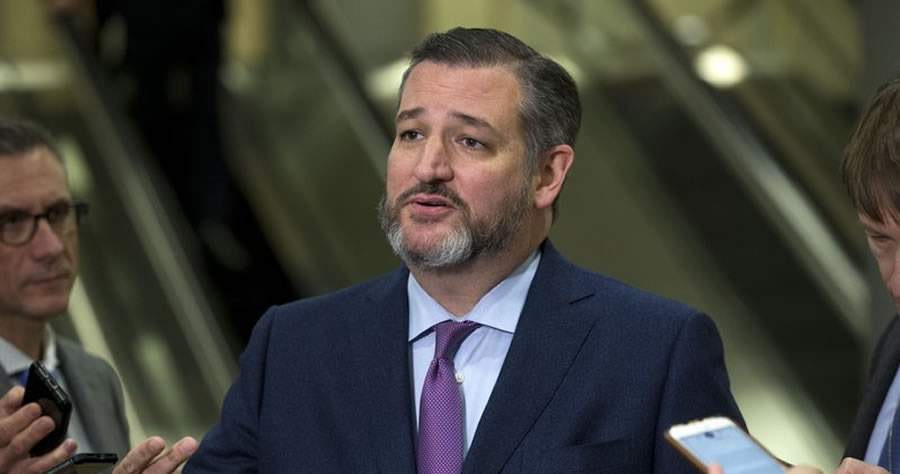 On Tuesday, Sen. Ted Cruz (R-TX) slammed Democrats’ attempts to pass the “For the People Act,” which would be a massive overhaul of U.S. elections, saying that their bill was similar to Jim Crow laws.

“We’ve heard the Senate Majority Leader invoke in booming terms specters from our sorry history of racial discrimination in the past,” Cruz said. “The Senate Majority Leader has used the phrase Jim Crow 2.0 repeatedly, as has the President of the United States, as has the Vice President of the United States, deliberately inflaming racial tensions, suggesting that laws, commonsense voter integrity laws in states like Georgia and Texas, things like requiring voter ID or requiring signature verification and absentee ballots are somehow a modern manifestation of Jim Crow.”

“That is a grotesque lie, and Mr. President, the majority leader knows that,” Cruz continued. “The President of the United States knows that. The Vice President of the United States. They know they’re lying. But ironically, they’ve inadvertently said something that is accurate about this piece of legislation. Jim Crow legislation was grotesque and ugly. It was legislation that was drafted without exception by Democratic politicians. Jim Crow was written by Democratic politicians, and its purpose, when the Jim Crow laws were written, were to prevent the voters from ever voting out of office Democratic politicians. One of the ugliest chapters of our nation’s history. And thankfully, we repudiated Jim Crow.”