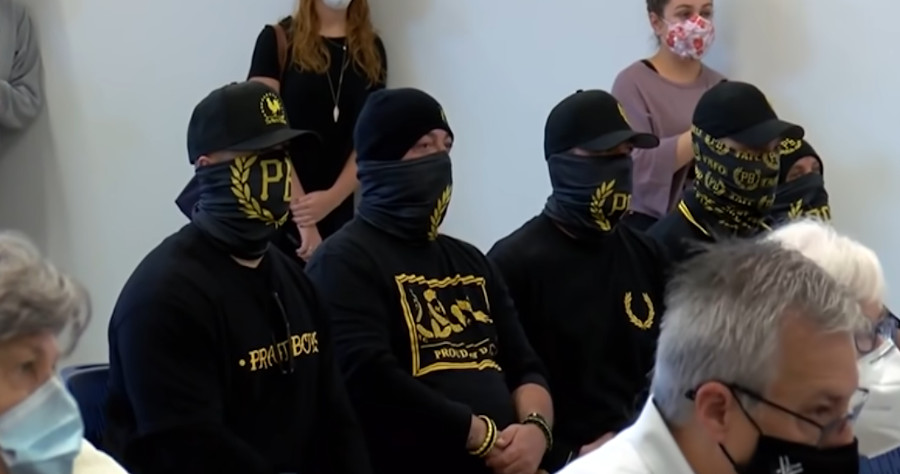 A 22-year veteran D.C. police officer has been suspended from his post and is currently under investigation by his department, the FBI, and the Department of Justice for reportedly working with a leader of the Proud Boys to defuse potentially violent confrontation with left-wing groups like Antifa, according to a report.

Shane Lamond, a lieutenant in the intelligence branch and father of three, “has been put on leave amid an investigation into alleged improper contacts with a prominent member of the extremist group Proud Boys,” reported The Washington Post.

Few details have been disclosed by authorities, though officers anonymously told the Post that Lamond potentially had “communications” with Proud Boys leader Henry “Enrique” Tarrio.

Notably, Tarrio told the Post he was in contact with Lamond in a professional capacity to let the officer know where his group would be protesting. The officer would let Tarrio know the location of “counter protesters,” seemingly Antifa, in an effort to “avoid conflict.” The Post reported:

Tarrio, reached by phone, described his contacts with Lamond as professional. He said he provided Lamond or other police officials advance notice when the Proud Boys planned to rally or march in the District.

But Tarrio also said that during marches, Lamond would tell him the location of counterdemonstrators. Tarrio said that was so his group could avoid conflict, though after one violent night of demonstrations, police accused the Proud Boys of roaming the city looking for and instigating fights, targeting people they believed identified as antifa, or antifascists.

“He [Lamond] was just a liaison officer for when we held rallies,” Tarrio said. The report noted that Tarrio “denied their relationship extended beyond that and said he is not a confidential informant for anyone on the D.C. police force.”

“They’re just trying to get anybody at this point,” Tarrio added, speaking of those investigating Lamond. “I only told him, ‘We’re coming into town and we’re going to hold this protest.’ That’s as far as the relationship went.”

A fundraiser has been started by Brooke Lamond, wife of the suspended officer.

“DC Police Officer Shane Lamond, a 22 year veteran of the DC Metropolitan Police Department, has wrongfully been been placed on administrative leave pending a criminal investigation,” the GiveSendGo fundraiser reads.

“Why, you ask? The answer is quite simple, for doing his job,” it bluntly states.

“They are accusing him of keeping the PEACE, by keeping conflicting parties separate from one another to avoid any violence and to keep the community safe, all while allowing citizens to safely exercise their First Amendment rights,” the fundraiser continues.

“Officer Lamond is a father of 3 and a husband before he is a cop,” Brooke says. “I and his children, are watching a man who has dedicated the last 22 years of his life to protecting our nation’s Capital, as well as our family, and he has done so with nothing but integrity and grace. Only to watch him fight for the career and reputation he has spent the last 22 years of his life building.”

“I am here asking for your help in any way possible,” she closes the post. “We are going to need all the prayers and help we can get. Thank you for taking the time to read this. God Bless.”

As of Friday evening, $3,728 has been raised for the Lamonds.