“If I saw the DA in the street…”: Alvin Bragg’s Harlem neighbors say they’re terrified of recent crime 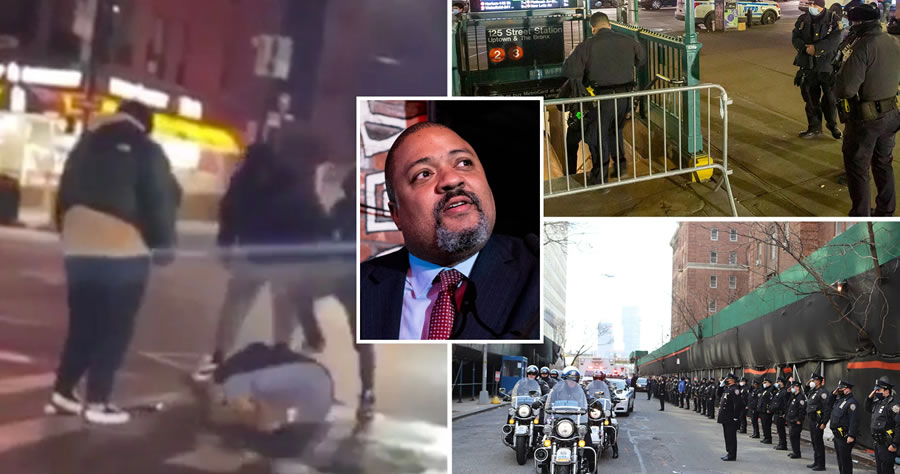 In the past few days alone, the storied neighborhood has seen a series of high-profile crimes, including an off-duty cop shot, a man pummeled and run over by a car in a brutal gang assault and a city transit bus full of passengers hit by a stray bullet in broad daylight.

And those crimes come on the heels of the shooting deaths of two young NYPD cops in Harlem late last month.

Crime is up nearly 30 percent so far this year in the area. And while the crime rate has risen even more in other city neighborhoods, Harlem residents are shaken to their core, given the recent spate of local crimes grabbing headlines.

“If I saw the DA in the street, I would slap him in the face, honestly,” said Mildred Serrano, 59, who lives in Manhattanville Houses, where off-duty cop Robert Manley was shot in the foot Saturday.

“Crime is just getting worse and worse and worse,” she lamented to The Post on Monday. “A lot of people with horrible charges, including gun crimes, don’t get incarcerated and are out roaming free again. They need to stop allowing repeat offenders back on the street.”

Local resident Kathy Marie, 30, added, “I have a 3-year-old kid. I wouldn’t dare take her to any of these parks around here.

“I’ve lived here my whole life. This is definitely the worst I have seen it,” the mom said. “There’s shootings almost every day.”