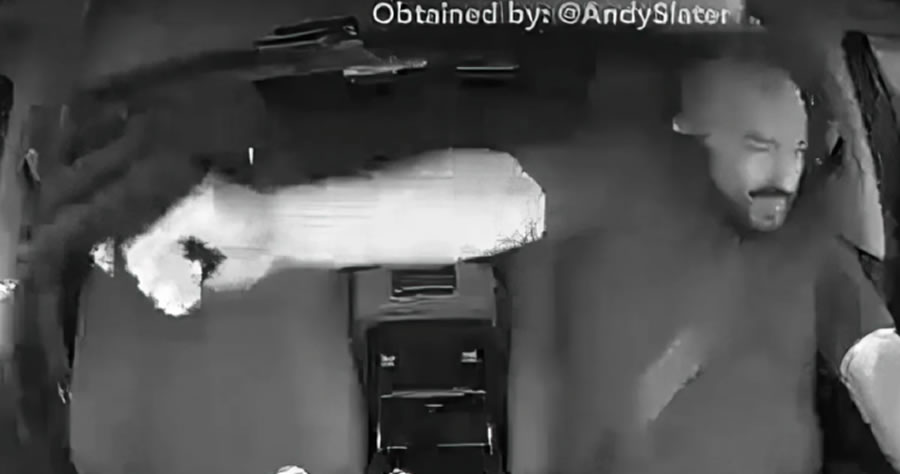 A dashcam video shows a road-rage shooting in June that led to the arrest of a civilian fire inspector in Florida, according to Miami-Dade authorities.
The man arrested was identified as Eric Popper. The shooting took place June 21 on I-95 in northwest Miami-Dade, Local 10 reported.
According to reports, Popper allegedly cut off another driver who was not identified. That person then tailgated Popper, and the two exchanged hand gestures.

Popper, 30, opened fire after he claims he was fired upon, an allegation that is in dispute.

Popper’s lawyer, Robert Gershman, said the video is proof that his client was shot at first, and he returned fire in self-defense, Fox News reported.

“On the video, you can hear and see the other driver shoot his car,” Gershman said, pointing out that his client heard the sound prior to shooting.

The shooter seen here was arrested and is awaiting trial. He told cops the other driver fired first.