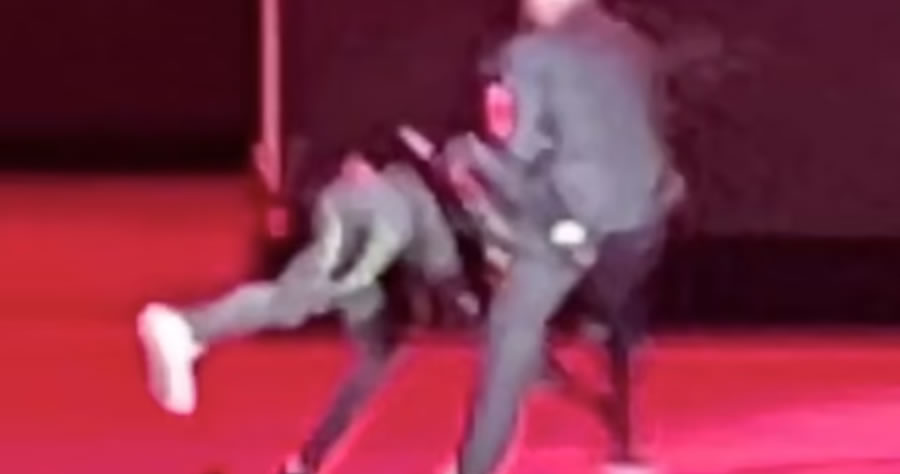 Comedian Dave Chappelle was attacked on stage Tuesday night during a performance at the Hollywood Bowl in Los Angeles at the Netflix Is a Joke Fest. A man rushed the stage and lunged at Chappelle in an effort to take him down. The attacker did not appear to be armed and Chappelle did not appear to be hurt. The same cannot be said about the attacker who was quickly detained and beaten by security and Chappelle. The attacker was later seen being taken away in a chair by an ambulance crew.

Chris Rock, who was attacked on stage by Will Smith at the Academy Awards this past March had performed earlier and joked with Chappelle he thought the attacker was Will Smith.

The idiot getting beaten down after attacking Dave Chappelle at Hollywood Bowl pic.twitter.com/Ft0FIUyjWv

If you attack @DaveChappelle on stage at the Hollywood bowl his people will bring you back stage and whoop your ass. And then Dave himself will come back and stomp you personally. That shit was crazy. #DaveChappelle #hollywoodbowl pic.twitter.com/b1pLQj14Xn

Just came out of the Hollywood Bowl where a man charged and tackled Dave Chapelle on stage and got his ass kicked by at least 10 people.

LAPD and LAFD are now loading him into an ambulance pic.twitter.com/7SXPe9e8az