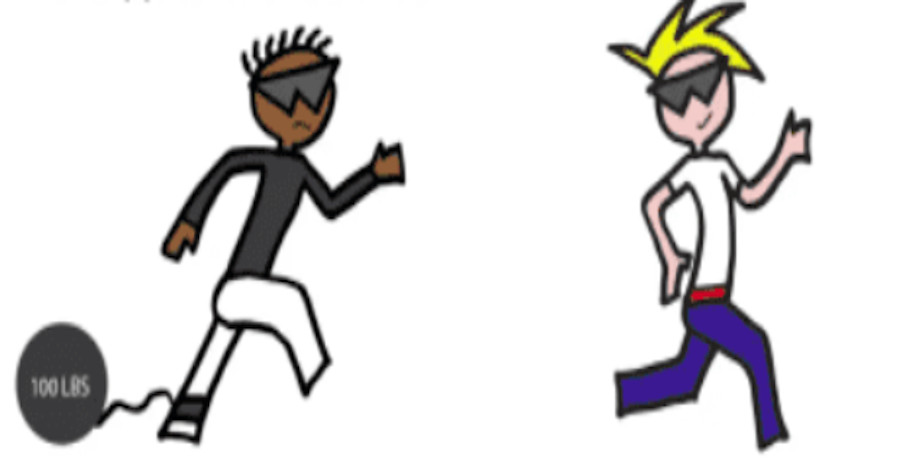 At a public school in Washington, DC, 4-year-olds are being asked to identify racist members of their families as part of an “Anti-Racism Fight Club” program.

Doyin Richards, the creator of the Anti-Racism Fight Club (ARFC) and a self-proclaimed ‘anti-racist facilitator’, gave a presentation at Janney Elementary School for students in Pre-K through 3rd grade. As part of this presentation, the children were given a “fistbook” – rather than a “handbook” – covering topics like racism and racial inequality in a very damaging way, such as insisting that white people “hold all of the power in America.”

In Richards’ “Fistbook for Kids”, he teaches that anti-racism “isn’t a spectator sport” but requires “being loud, uncomfortable, confrontational and visible to ensure change is made.”

“Fistbook” is also a questionable choice for this children’s book. The front page says, “It’s a Fight Club. We don’t do “handbooks.” This brings a connotation of violence to very young children that is not appropriate for the age group it’s being presented to. “[I]f a Black person says something mean to a white person, he has no power over him. It’s as if white people walk around with an invisible force field because they hold all of the power in America,” says the book. Another page defines racism as “Racial Prejudice + Power = Racism”, suggesting that a race “without power” can be prejudiced against another racial group without being racist. Essentially, given that the book already teaches that white people hold all the power, this teaches kids that only white people are capable of racism.

The book also includes an illustration of a black character with a 100lb ball and chain on his leg, running after a white person who is looking over his shoulder and smirking. There is also a section titled, “How to deal with racism from loved ones” which encourages children to identify racist family members. “Just because someone is older than you doesn’t mean that they’re right all of the time”, Richards writes.

“If someone doesn’t believe that people should be created equally based on the color of their skin, then they are the problem. Parents need to stop making excuses for that behavior if they truly believe in anti-racism,” says the book. “Who in your family has racist beliefs? Do you think you can change their ways? What is your strategy for dealing with them?”

Imagine how damaging it will be to children as young as four who are taught that white people have more power than black people, or for black children to be told they will always lose against a white person, or even to imagine you are always “competing” with other races.

This kind of rhetoric is exactly what will make kids overly aware of and obsessed with racial differences, which is the opposite of what our society should be moving towards.

“If you hate Kaepernick now, you’d hate Dr. King if he was alive today,” argues Richards in his book. “And do you know what’s funny? In 50 years from now, white people will probably talk glowingly of Kaepernick as they are with Dr. King now. Stop using his quotes to benefit your racism.”

On an online forum for “DC Urban Moms and Dads”, many comments were posted by users claiming to be parents at Janney Elementary. One wrote, “Anyone else’s Kindergarten kid freaked out by an anti-racism assembly today? My kid needed to sleep with a light on and the door open tonight. Anyone know what specifically was talked about? My kid couldn’t relay much except that she was scared.”