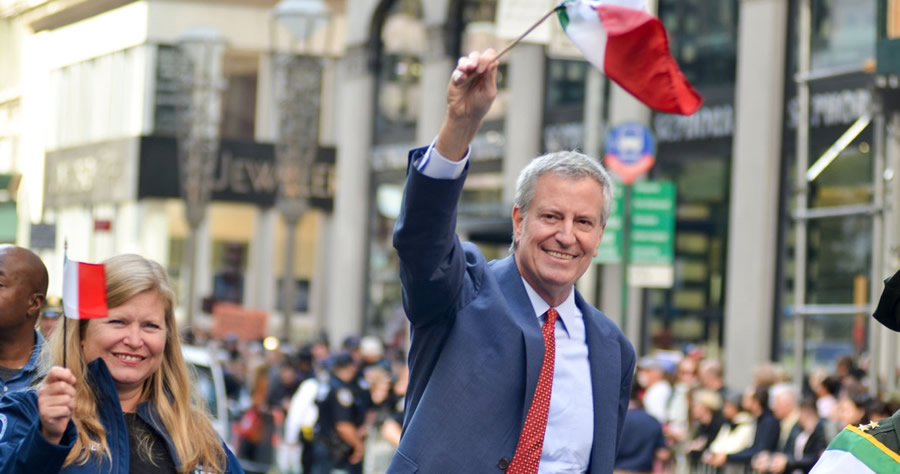 Hizzoner was ruthlessly jeered at Monday’s Columbus Day Parade, where several members of the crowd shouted obscenities and insults at him as he made his return to the yearly Italian American celebration.

“F–k you, you piece of s–t,” a man yelled at the mayor, igniting applause from other attendees.

“F–k you, de Blasio. You piece of garbage,” screamed another as the mayor strolled down Fifth Avenue in Manhattan. “Get out of here, you piece of s–t. You’re garbage.”

East Villager Suzan Miller waved an Italian flag as she explained to The Post why she felt the mayor received such a cold reception.