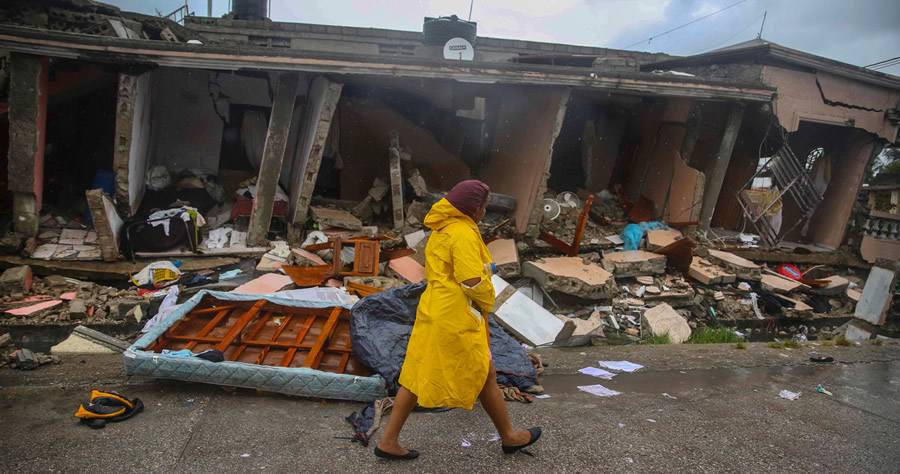 LES CAYES, Haiti — Haitian officials raised the death toll from a deadly weekend earthquake by more than 500 on Tuesday after Tropical Storm Grace forced a temporary halt to search and rescue efforts, a delay that fed growing anger and frustration among thousands who were left homeless.

Grace battered southwestern Haiti, which was hit hardest by Saturday’s quake, and officials warned some areas could get 15 inches (38 centimeters) of rain before the storm moved on. Intermittent rain fell in the earthquake-damaged city of Les Caves and in the capital of Port-au-Prince.

Late Tuesday afternoon, the Civil Protection Agency raised the death toll to 1,941 and the number of injured to 9,900, many of whom have had to wait for medical help lying outside in wilting heat.

Patience was running out in the Western Hemisphere’s poorest nation. Haitians already were struggling with the coronavirus, gang violence, worsening poverty and the July 7 assassination of President Jovenel Moïse when the quake hit.

Bodies continued to be pulled from the rubble, and the smell of death hung heavily over a pancaked, three-story apartment building. A simple bed sheet covered the body of a 3-year-old girl that firefighters had found an hour earlier.