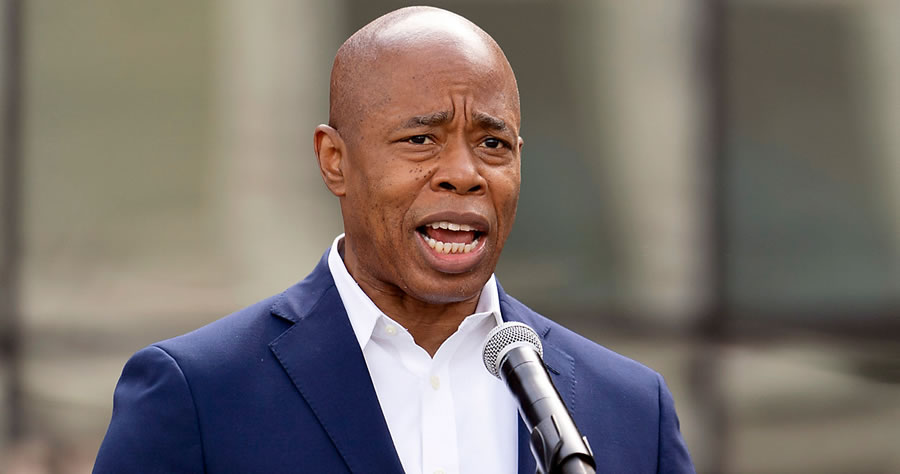 The plan would trim the NYPD budget by nearly $30 million, to about $5.41 billion, amid an ongoing surge in brazen retail thefts, shootings and homicides, including last month’s ambush murders of two cops in Harlem.

“There may be a slight decrease in the next few months, but it’s basically going to be flat,” he said.

“I’m not going to do anything that’s going to get in the way of keeping New Yorkers safe.”

Adams repeated his vow to increase efficiency by putting hundreds of cops with desk jobs back on the street to fight crime.

“There may be a slight decrease.” pic.twitter.com/aXTM2U6tva