Defund the police, and screw their families over too? Slain cop’s three children fight to receive her pension for life 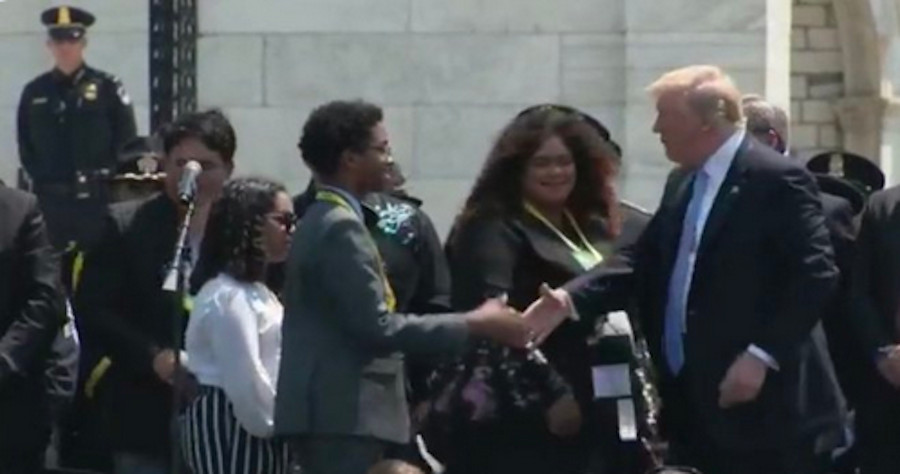 Five years ago, Genesis Villella had to grow up. Fast. The then-20-year-old suddenly became the head of her family when her mother, Miosotis Familia, was murdered by a crazed man while on the job in the Bronx.

Villella will forever be known as the daughter of a slain NYPD officer, which is hell enough. But she has also been in a legal hell for the past five years while she raises her two younger siblings and fights the system over access to her mother’s pension. And time is running out, she says.

Villella was forced to step in as primary caregiver when Familia was shot in the head July 5, 2017, and a heartless legal peculiarity has compounded her grief.

While spouses and parents of NYPD police officers who die in the line of duty are rightfully entitled to the officer’s pension for life, the children of single-parent officers are not. So not only do they lose their parent, they lose the benefit that their parent worked to accrue and there is no other income.

Villella, now 25, spoke with The Post last week. She said:

“Since I’m raising my brother and sister, my mother’s dependents, as their mother — and I will be their mother for the rest of their life — I think we should get the pension for life the same way every other family of a police officer who is killed in the line of duty.”

Twins Peter and Delilah Vega, 17, can collect their mom’s pension up until age 23. To receive the benefit, though, the family of three must continually jump through legal hurdles. The process, which Villella called “torture,” involves having to first seek approval from the Bronx Surrogate’s Court. Through tears, Villella said:

“Besides the daily grief of losing my best friend, my hero, I also have to worry if we will have money to pay the bills in a few years.”

“The financial grief is an added stress. I haven’t had a good night’s sleep in five years.”
Familia, a 12-year NYPD veteran, was sitting in a marked mobile precinct at 12:30 a.m. July 5, 2017, when a gunman appeared, walked up to the car and fired a shot through the window without warning, hitting her in the head on East 183rd St. near Morris Avenue.

It was a deliberate “cop assassination,” one law enforcement source told The Post.

The killer, Alexander Bonds, 34, was in turn gunned down by police a short distance away.

Familia, 48, who was posthumously promoted to detective, had no beneficiaries for her pension — but had three dependents: her then-20-year-old daughter and her twins, a boy and a girl, who were only 12 at the time.

Villella had to quit school to make ends meet and raise her younger siblings, while also learning how to navigate the court system to get her mother’s pension. Villella explained:

“It took me four years to finally get my mother’s check deposited directly. Previously, I had to take the check to the court where it was Xeroxed, and then I had to deposit it into a bank that the judge picked.

“Originally, the bank opened up a [certificate of deposit] instead of a savings account. The bank had to correct the mistake. Also, every time, I had to go to the court where … my mother worked as a cop, and also two miles from where she was heinously executed.”
Villella herself was cut off from the pension in 2020, when she turned 23. Under current law, children can receive the benefit until they reach 18 years old. After that, they must meet strict criteria, including being enrolled in school, in order to receive the pension until they turn 23 years old.

That means Peter and Delilah have a little more than five years before they, too, are cut off.

Kathy Vigiano, president of the nonprofit Survivors of the Shield, spoke with The Post about the children’s situation. She said:

“When our single officers give their life in the line of duty, the least we can do as a city is make sure their children are taken care of in a way they are accustomed to, if not better.”

Founded in 1988, the group provides benefits and support to families of slain NYPD officers. Vigiano noted:

“There shouldn’t be a cutoff at age 23. These kids are broken. It may take a few more years to finish college or a trade school. We should make life easier for these children, not harder.

“A parent is there to help support their child in every step in their life, right into adulthood. These children have lost that.”

Organizations and private citizens have helped Familia’s orphaned children through the years, including the Tunnel to Towers Foundation, which gifted them an apartment in Riverdale.

To Honor and Remember the life of Miosotis Familia #NationalPoliceWeek2018 pic.twitter.com/T4RUaMmcY4

Several lawmakers in Albany have also tried to help, with no success.

Three weeks after Familia’s death, state Sen. Jose Peralta of Queens submitted a bill that proposed paying officers’ children up to $1,000 a month for up to 10 years. Tragically, Peralta died the following year and the legislation failed to move forward.

Unfortunately, the bill was introduced late in the legislative session and failed to find a required senate sponsor. Abbate said last week:

“The final straw was no senate sponsor. It’s taking forever these days to get fiscal notes out of the city.”

While grateful, Villella said the bill would have provides only a bandage on an unhealed wound. She said:

“It doesn’t address that I am the parent taking care of my mother’s dependents as if they were my own children. They weren’t hearing me.”

She said she wished New York City would step up, like her mother did. Villella said of her mom:

“Besides being a loving mother, she was also a loyal, faithful civil servant who gave her life protecting the city. The city should in turn take care of her children.”