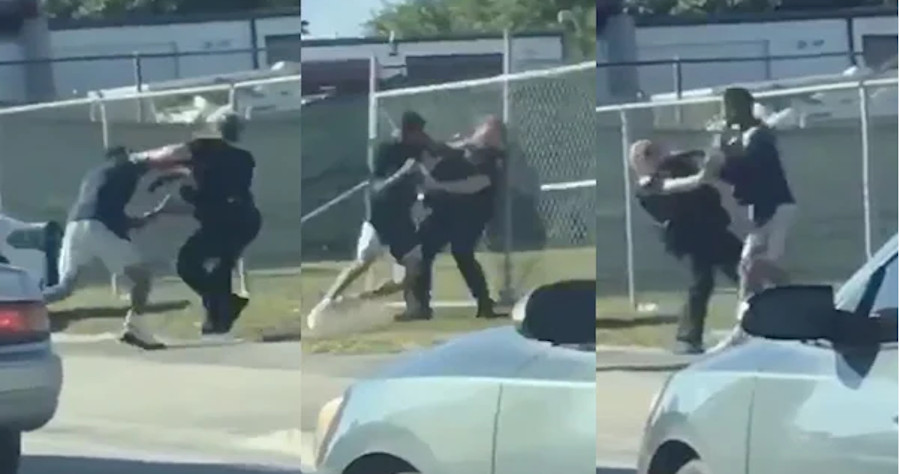 Crime prevention programs need to be gender-specific with women and girls having unique differences as to their victimization experiences.

But the bottom line is that females are violently victimized at rates equal to or sometimes exceeding those of men.

Crimes Based On National Surveys

The National Crime Victimization Survey offered by the Bureau of Justice Statistics (only 40 percent of violent crimes are reported to law enforcement) provided a paragraph several years ago stating that female victimization now exceeds that of males in their “Criminal Victimization” series. It provided several years of gender data to support its observation.

The last Bureau Of Justice Statistics document addressing the subject comprehensively was offered in 2009 which, because of its superb methodology and large database, remains relevant. It focused on intimate partner violence and rape and stalking documenting higher rates for women.

The most recent “Criminal Victimization” report for 2020 states that rates of violence against women are roughly the same as for men, 16.6 for males and 16.2 for females: 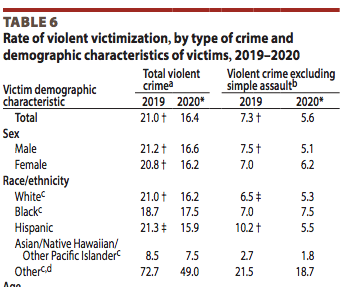 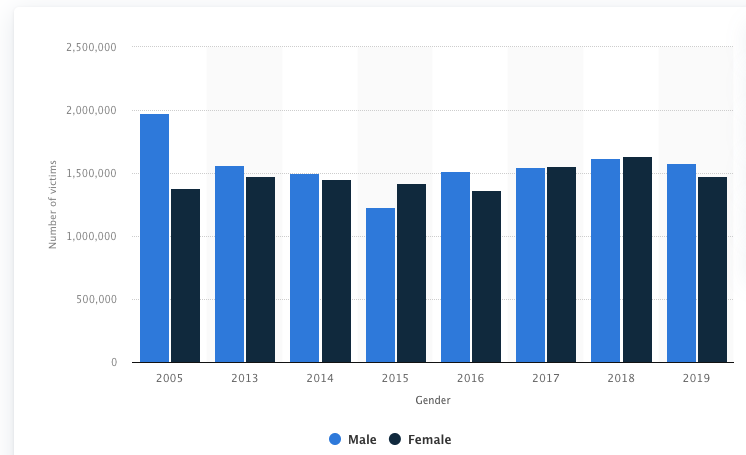 As to crimes by category, the chart below from the latest 2020 report from the FBI states that females have more overall violent victimizations; they were assaulted considerably more, murdered less, trafficked and kidnapped more, and victims of sex offenses more than males. But even for property crimes, victimization numbers were fairly close. 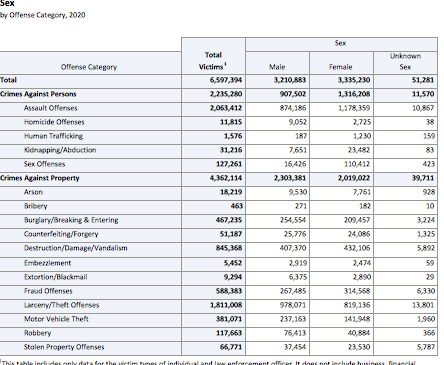 A Rising Threat From Men

From The Crime Report: A new US Secret Service report prepared by the National Threat Assessment Center (NTAC) details a rising threat from men who identify as “involuntary celibates” or “incels”, due to their inability to form intimate relationships with women, reports The Guardian.

As a case study, the Secret Service examined a 2018 shooting at a yoga class in Tallahassee, FL, in which a man killed two women and wounded six, to highlight behavioral threat assessment themes identified in years of research examining targeted violence.

“The attacker was motivated to carry out violence by his inability to develop or maintain relationships with women, along with his perception of women’s societal power over men,” the report said.

Females have higher rates of fear of crime when compared with males. “A number of explanations have been suggested in the literature for the finding that women consistently report higher levels of fear of crime than males.”

In the waning decades of the 20th century, this logic was abruptly undercut as women’s involvement in all aspects of the criminal justice system increased dramatically.

And, in many of these systems, the increases seen in female rates outstrip those seen for males; for example, since 1990, the number of female defendants convicted of felonies in state courts has grown at more than twice the rate of increase for male defendants; Women And Criminal Justice.

Prevention programs need to be gender-specific with women and girls having unique differences as to their victimization experiences considering that most of their crimes involve offenders they know.

But the bottom line is that females are violently victimized at rates equal to or sometimes exceeding those of men.