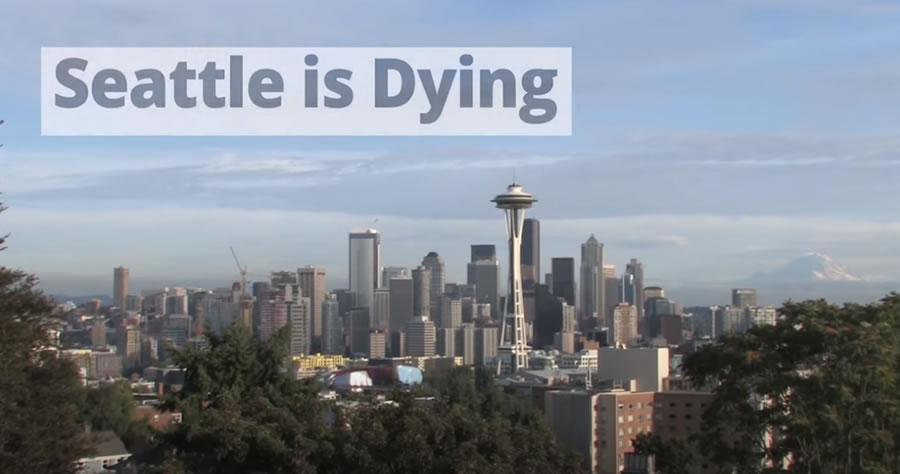 We all know that Seattle is left-wing. It’s infested with the worst kind of left-wingers; the white woke folks. The folks who think if they defund the police, they’re repaying some past debt for slavery of something. It’s all cockamamie liberal nonsense whose legitimacy and credibility stop at the borders of college campuses. Still, the city council went to war with its police department in 2020 post-George Floyd. They forced its black police chief to flee the city. Over 200 other cops followed. The council wanted to abolish the entire department. They’re now just a hallowed out and hamstrung force. Around Christmas time in 2021, the council took the hatchet to the police budget again, ignoring the will of the voters.

No one likes crime. And every time the far left has been successful in curbing the police budgets, crime has exploded. In Minneapolis, the epicenter for the George Floyd incident and the 2020 riots, black voters rejected the initiative to gut the police department. This is only an obsession with rich woke whites—and the results are devastating. Now, in Seattle, the police department doesn’t have enough cops to investigate rapes (via NY Post):

Nearly two years after Seattle led the way in defunding the police, the Washington city’s force is so understaffed it did not assign a detective to investigate a single case of a sex assault on an adult last month, according to a report.

Not a single sexual assault case involving an adult was given to a detective throughout the whole of last month, aside from any that already had arrests, the outlet said, citing documentation from a whistleblower.

The lack of manpower even means people reporting sex assaults are sometimes routed to an automated telephone hotline designed to handle non-urgent crimes such as stolen checks, the report said.