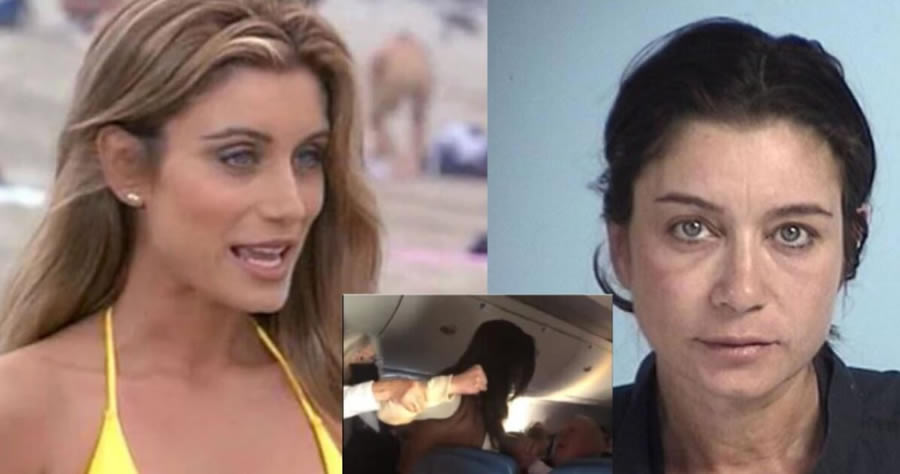 As noted Monday, an unhinged woman named Patricia Cornwall was reportedly arrested by the FBI and faces federal assault charges after she viciously attacked a man for not wearing a mask during a meal on a Delta flight, punching, scratching, and spitting on him while she, herself, remained unmasked.

The story gets even more bizarre, leading many to question her mindset before the assault. She is reportedly an ex-Raiders cheerleader, a former Playboy model, an ex-“Baywatch” actress, and a realtor who worked for Coldwell Banker and Berkshire Hathaway in California. Cornwall, 51, recently moved to Florida, according to Heavy.com.

The assault took place on a Delta flight last Thursday night from Tampa to Atlanta. When the plane landed, the “Delta Karen” was taken into custody.

It all began when she took offense to an 80-year-old man who took off his mask to eat and drink while he was in his seat. She approached the man with her mask hanging under her chin, demanding that he mask up. The elderly gentleman then let loose a tirade of expletives at the woman, calling her a “Karen” and she returned the foul-mouthed insults with her own.