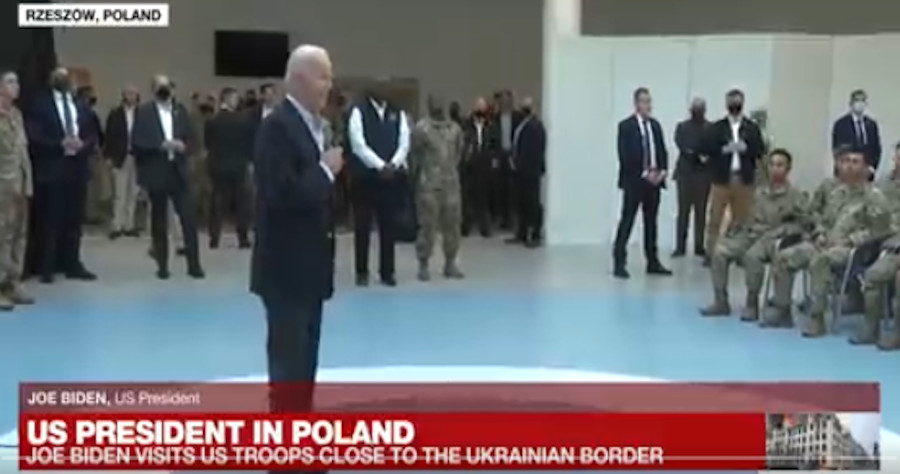 Joe Biden, who’s ignored the invasion of millions of foreigners who’ve made their way across our southern border since he took office, traveled to Poland’s border with Ukraine where he posed for a photo op eating pizza with a few members of the 82 Airborne Division.

In a whispering voice, the “commander-in-chief” addressed the 82nd Airborne troops.

Standing in a room filled with US troops stationed in Poland, Joe Biden stood with a microphone, as he appeared to be struggling to collect his thoughts, and told the 82nd Airborne Division “And you’re gonna see when you’re there (in Ukraine)…and some of you have been there. Your gonna see women—young people standing in the middle of—in front of a damn tank, just saying ‘I’m not leaving. I’m holding my ground!’ They’re incredible”

Does the President slip a hint?

“You’re going to see when you’re there,” he told 82nd Airborne Division in Poland.

You’re going to see women, young people standing in the middle, in the front of a damn tank saying I’m not leaving.” pic.twitter.com/utCoYAnczI