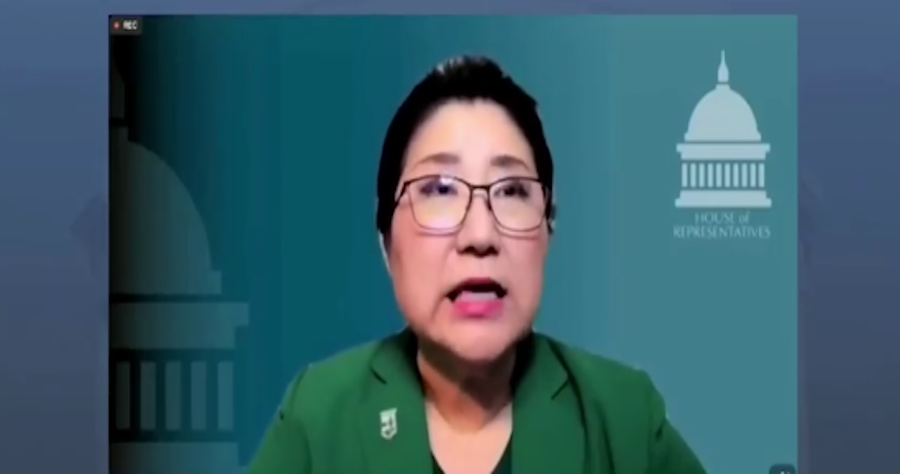 A Democrat lawmaker is pushing a law forcing people to wear a personal flotation device in certain circumstances. It’s meant to prevent drowning accidents. But the group with the highest rates of drowning deaths are exempt from the law.

State Rep. Cindy Ryu (D-Shoreline) is the sponsor of HB 1707, a bill she’s been trying to pass for years. It mandates one to wear a personal floating device while on kayaks, canoes, and stand-up paddleboards. If you violate the law, you’re hit with a citation.

But the law would not apply to members of a federally recognized tribe.

She says they are used to cold water from “eons” of experience and, she implies, they can’t drown. This betrays national statistics suggesting Native Americans have the highest rate of drowning deaths in the country.

During a remote hearing to discuss HB 1707, Ryu testified on its behalf. She argued that this bill is about safety. But she doesn’t think everyone needs extra precautions while in the water.

“The few exemptions you see, including the tribal members — federally recognized tribal members exemptions — are based on responses from the community,” Ryu said. “These are situations where they have either extensive training or [are] traditionally very used to our cold waters for eons, essentially, or are very closely supervised.”

Native Americans have not been swimming in cold water for a billion years.

Ryu spoke with such confidence on the skill level of Native Americans in the water, you might think she’s accurate. She’s not.

While there are tribal members who are great in the water, there are plenty who are not. In fact, according to the Centers for Disease Control and Prevention (CDC), Native Americans have the highest rate of drowning deaths in the United States of any racial demographic.

“Drowning death rates for American Indian or Alaska Native people ages 29 and younger are 2 times higher than the rates for White people, with the highest disparities among those ages 25-29 (rates 3.5 times higher),” the CDC says, citing a recent study.

That study also notes that in natural waters — which is the context that Ryu was speaking — American Indians and Alaska Natives also have the highest death rates from drowning.

What is informing Ryu’s claims? It’s unclear. She did not respond to a request for comment.

In the committee hearing, Ryu also notes that while Native Americans know how to swim, there are other large swaths of racial groups that do not have access to the water.

“I thought that was a great mechanism to allow the tribal members that do have a lot more access to the waters and traditional training and activity, unlike many of the other diverse communities that don’t,  like Korean Americans,” Ryu said. “The only time I go out on the water nowadays anyway is when my non-Korean American son-in-law takes me out on the water. And so I thought that was a good way of carving out very narrow exemptions.”

Ryu does not go out into the water, thus, neither do other Korean Americans. It’s unclear when Ryu became the spokesperson for the Korean American community.

A Republican member of the committee had a question about the mandate applying to paddleboarders. It didn’t make sense to her.

“So I’m trying to understand this,” State Rep. Cyndy Jacobsen (R-Puyallup) said. “It says on a stand-up paddleboard wearing a connecting leash, you are exempt. But you have to be in compliance with federal floatation device requirements. And just, I’m thinking of paddleboarding — I mean, I don’t wear a flotation device to paddleboard. I’m just wondering about what that means.”

Ryu admits she doesn’t have a clue what it means. And in her admission, she also reveals the heroism it takes to even become a paddleboarder.

“What I understand — I’ve never paddleboard. I’ve seen people doing it and admire their bravery,” Ryu said. “[T]hey are required, I believe, to carry some sort of flotation device. However, I believe, as long as they’re tethered appropriately to their paddleboard, the board itself can also be some sort of a flotation device, even though they’re not wearing it, per se.”

Republicans on the committee pushed back on the bill, while all noting they obviously support people wearing personal floatation devices.

Rep. Chris Corry (R-Yakima) explained he doesn’t think the government should micromanage personal decisions like this. Plus, he noted, it’s odd to exempt all federal tribe members when they could benefit from protection from drowning.

Jacobsen noted that the Democrats have pushed back against the bicycle helmet law in King County because they said Black bicyclists were getting too many infractions compared to their helmet-wearing white counterparts. Wouldn’t the same “equity” concerns carry over to this bill?

In the end, all Republicans on the committee voted no — except one representative who lost his internet connection moments before the roll call.

The bill passed with Democrat support and now heads to the floor for a vote. Corry introduced an amendment to remove all exemptions.