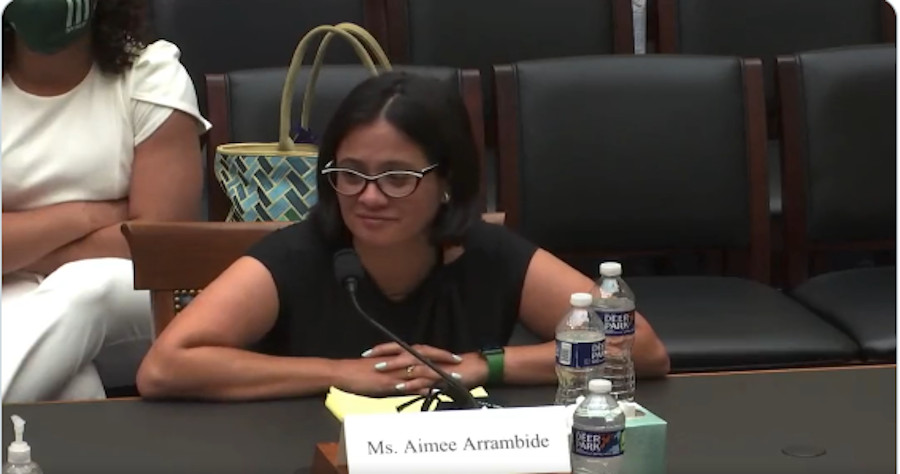 Aimee Arrambide, a Democrat witness testifying before the House Judiciary Committee on abortion rights on Thursday, not only insisted that men can get pregnant and have abortions but also defended her support for abortions to take place up until the child’s birth.

Arrambide, the executive director of Avow Texas, an abortion rights nonprofit organization, was asked by Rep. Dan Bishop if she could define what a woman is. Arrambide responded, “I believe everyone can identify for themselves.”

Bishop then asked, “Do you believe that men can become pregnant and have abortions?”

Q: “Do you believe that men can become pregnant and have abortions?” –@RepDanBishop

Then, Rep. Mike Johnson asked Arrambide a series of questions pertaining to her beliefs about abortion.

Johnson first posed a clarifying question, asking, “So abortion should be allowed, by your definition, for any reason, for any purpose, at any stage, right?”

“I trust people to make decisions about their body, and then when relevant, I think that they need to consult their medical practitioners and not Congress,” responded Arrambide.

“Let me just ask you this question,” followed up Johnson. “If it is not lawful and morally acceptable to take the life of a 10-year-old child – I assume you agree with that, right? That would be wrong, correct?”

“I believe that that is wrong,” agreed Arrambide.

“And a two-year-old child, same thing, that would be murder, we would all agree that’s wrong,” continued Johnson. “Then, what is the principal distinction between the human being that is two years old, or nine months old, or one week old, or an hour old, and one who is eight inches further up the birth canal in the uterus? What’s the difference? Why is it okay in the latter case and not the former cases?”

Arrambide, after an awkward pause, timidly responded, “I trust people to determine what to do with their own bodies.”