Democrats Are Terrified That Ordinary Americans Are Calling Them Out 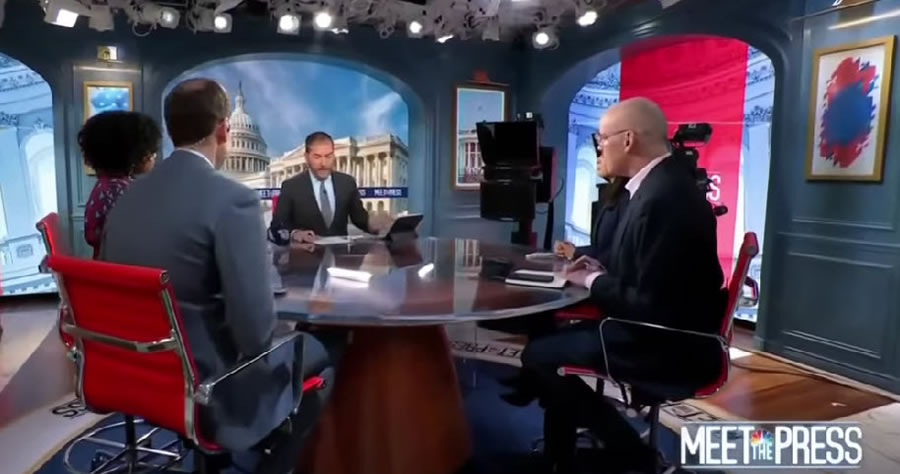 On Sunday’s Meet the Press, Chuck Todd gathered around him John Heilemann, a leftist journalist; Marianna Sotomayor, a leftist journalist; Brendan Buck, an ostensible Republican who worked for Paul Ryan and John Boehner; and Kimberly Atkins Stohr, a leftist journalist. All five were unanimous: democracy in America is over because Americans don’t believe that Biden honestly won his seat in the White House. The hyperbole was thick in the air, along with more than a soupçon of hypocrisy and a huge dollop of fear.

Sundance, at The Conservative Treehouse, caught the roundtable and summed it up thusly:

The NBC media panel for Meet the Press is absolutely apoplectic about their inability to destroy President Donald Trump and his supportive base of pragmatic, awakened Americans. The pearl-clutching and fear are palpable, as the leftist roundtable contemplates future elections that may deconstruct decades of election control, manipulation, fraud and falsehood.

The starting point for the panel discussion was an overwrought article that Bart Gellman wrote for The Atlantic in which he claimed that Trump’s “Next Coup Has Already Begun.” The premise is that Todd asked whether that was hyperbole or fact, and every one of the assembled guests assured him that this was a fact. (See video at the bottom of this post.) I can’t dissect everything they said, but a few things leaped out.

Marianna Sotomayor (no relation to the Supreme Court justice) is horrified that “you still, on Capitol Hill, have many Republicans denying that that was an insurrection.” Yeah, pretty much, because unarmed grannies walking through the Capitol taking pictures while cops shoot and beat women is not an insurrection, no matter how disgustingly cowardly our representatives are. If you want scenes of insurrection, just cast your mind back to what leftists were doing when Christine Blowsy Fraud was defaming Brett Kavanaugh and Elizabeth Warren was openly encouraging them.