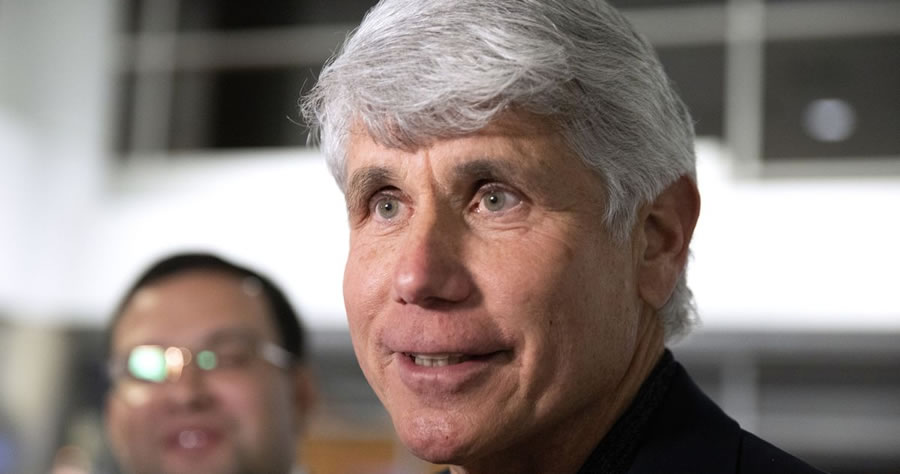 Ex-Democrat Illinois governor turned “Trumpocrat” Rod Blagojevich said he believes current Gov. J.B. Pritzker tried to keep him in jail because the Democrat establishment is “afraid of what he knows” and “what [he] will say soon.”

In a video obtained exclusively by Breitbart News, Blagojevich, who was Illinois governor from 2003 to 2009, can be heard talking about his relationship with the current governor, some of the events leading up to his time in federal prison, and his standing with the party he left behind.

Blagojevich, who Chicago Magazine characterized as “real-life cartoon character, popular culture’s best example of a bombastic, narcissistic, devious politician since the fictional Senator Claghorn,” served 7.5 years of a 14-year sentence in a Colorado federal prison after being impeached and accused of trying to sell former President Barack Obama’s vacated Senate seat while he was governor, among other charges.

“He charmed everyone but the General Assembly that impeached him and the jury that convicted him at his federal trial,” Chicago Magazine reported.

The main charges surrounding the accusation were eventually vacated by the Seventh Circuit Court of Appeals, though his sentence remained notably lengthy, and his request for Supreme Court review of his case was rejected twice. Former President Trump was his final hope, and in a highly controversial move, Trump commuted his sentence. Blagojevich went home on February 18, 2020 to his wife and children, and his supervised release officially ended in June 2021.

Blagojevich, whose story has regained public interest partly because of the release of Hulu’s new four-part miniseries Being Blago, was the speaker at the Arts and Ideas Exchange Speakers Series on Wednesday night at the Railway Exchange Building in Chicago, Illinois, the city where he grew up. In front of a room full of seated, attentive dinner guests in a hall laden with Christmas trees, red ribbons, and wreaths, the ex-governor blasted Pritzker for reportedly calling Trump “not once, but twice” requesting to keep him behind bars.

“….Why did he do it? ” he continued, before foreshadowing his willingness to expose the underbelly of his former party:

Former Gov. @realBlagojevich tells audience in Chicago that the idea that he would try and sell Obama’s high profile Senate seat and get away with it is preposterous. Said if he wanted to sell the Senate seat, JB Pritzker is your guy. pic.twitter.com/298EAGNv2X