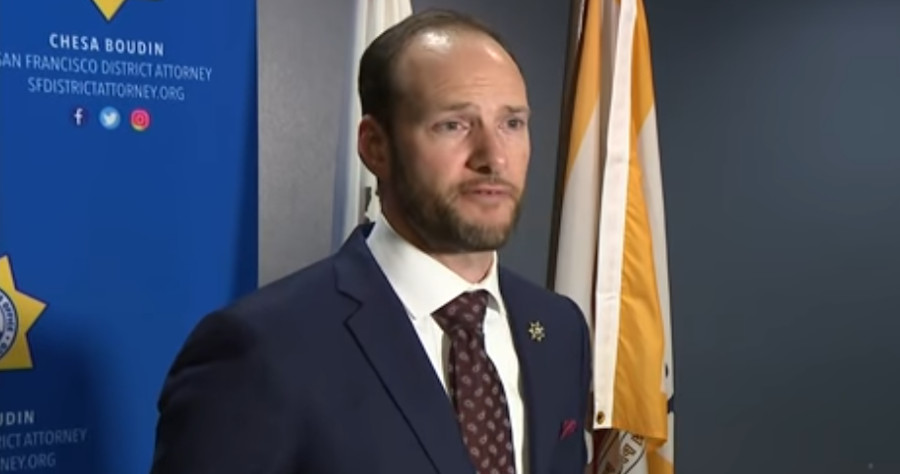 Democrats and progressives are banding together to support their District Attorney, Chesa Boudin, who has been officially entered into a recall election.

While critics claim that Boudin’s policies are making the area less safe, supporters believe he is doing a good job and have been supporting him.

Boudin has faced harsh criticism since he was first elected to the District Attorney position in San Francisco.

Remembering how this clearly reasonable individual was given a platform to falsely attack Chesa Boudin when he’d been in office for two weeks. #republicanrecall @StoptheConSF https://t.co/o4FjlPUEvu pic.twitter.com/KOkGwyaYxX

From his pro-criminal policies, to recent news that he instructed prosecutors from withholding evidence in a use of force case involving a San Francisco Police Officer, enough people in the community have demanded he be removed from office.

It’s simple my friends. It’s ok to ask more of human beings. It’s ok to have accountability as a form of compassion. We have heard the cries of the mistakes of our draconian past and will not return to those days in San Francisco. What can we do instead?

Those who are fed up with the District Attorney fought to get him removed from office and were successful in their efforts by forcing a recall election.

It’s something noted by the Director of Elections John Arntz who wrote in a letter:

“Today the Department of Elections certified the petition to recall District Attorney Chesa Boudin contains a sufficient number of valid signatures and that the petition is successful.”

Despite those that believe he should be removed, Democrats like Cooper Teboe, a strategist for the party, says that Boudin is nothing more than an unfortunate “victim.” He said:

“I live and breathe politics, and spend six hours sleeping and 18 hours awake, and I don’t know who the DA of San Mateo County is…Chesa is the unfortunate victim, the unfortunate recipient of all of the anger from the investor class and the billionaire class.”
Another who firmly supports him, Chris Larsen, the co-founder of Ripple Labs, has donated $100,000 towards Boudin’s anti-recall efforts. He said:

“We [he and Boudin] took many long walks in the Presidio and so I’ve gotten to know him quite well and consider him a friend and am super impressed with him.”

Others who are in support of Boudin have founded an organization called, “Friends of Chesa Boudin Against the Recall.” That organization claims that the recall efforts are merely “fueled by fear-mongering” and that Boudin is on the right path with criminal justice and bail reform.

Another group, called Stand with Chesa Boudin, has created a website noting what they believe to be the District Attorney’s accomplishments and arguments that he should not be recalled in June.

The website claims the move to recall Boudin is a way for Republicans to overturn a “free and fair election.” Their website says, in part:

“Republicans, the police union, and the ultra-wealthy are banding together to overturn the results of the free and fair election of Chesa Boudin. They want to roll back his progress on creating real public safety solutions, reducing incarceration, and holding police accountable…

CW: Police Brutality. Dacari was beaten by SFPD cop Terrance Stangel in 2019. Stangel is being prosecuted by DA Boudin, the POA has been packing the courtroom to intimidate Dacari, the witness, and jury pic.twitter.com/E3pd0b3eRh

“Make no mistake: this effort to overturn an election is Republican-led and fueled by fear-mongering and dangerous misinformation. They are pushing this recall at a time when we should be focusing on public health and economic recovery…

“We are proud to stand with Chesa in opposition to a costly and distracting recall effort. We stand with Chesa because he is proving that we do not have to choose between ending mass incarceration and protecting public safety.”

Despite the claims that the efforts to recall Boudin are Republican-led and merely an effort to overturn an election, people like Mary Jung, a former area Democratic Party Chair, claim it has little to do with a political party.

She and others note that there are only 33,000 registered Republicans in San Francisco, if it was truly just a partisan move, how would they explain the recall petition received 83,000 certified signatures?

“It is time to put that tired talking point to bed [that it is Republican led]. The fact is we have support from hundreds of volunteers from across San Francisco and the vast majority of our more than 600 donors are Democrats, decline to state, and no party preference voters.”

One thing the recall effort has taught us is that this isn’t about party lines. He continues to rely on this elementary argument because he has nothing else. Chesa Boudin – the people have spoken. Wanting to be safe is universal! https://t.co/W41ni4zi1O

If recall efforts are successful, Democratic San Francisco Mayor London Breed will have to name a replacement until elections are held.