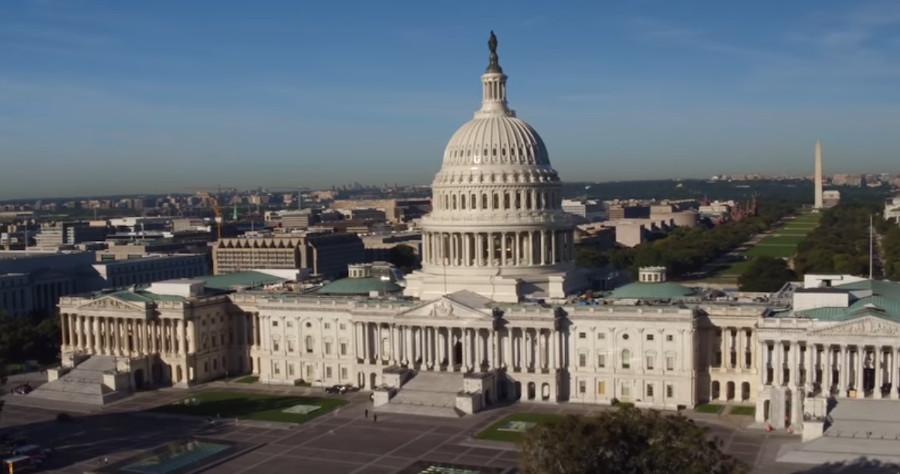 House Democrats unveiled a $1.5 trillion 2,741-page spending bill on Wednesday, giving Congress little time to digest and vote on the measure to prevent a government shutdown.

House Democratic leaders plan to hold the vote ahead of their scheduled retreat that kicks off Wednesday and runs through Friday in Philadelphia. Federal government funding runs out on Friday.

“Ds planning for shutdown?,” Texas Republican Sen. John Cornyn asked on Twitter. “‘Even if the House votes on the [omnibus] bill before the chamber’s Democrats leave for their policy retreat midday Wednesday, it’s already too late to guarantee the Senate could pass the legislation before funding lapses at midnight Friday.'”

President Joe Biden is scheduled to address the retreat on Friday.

The spending bill includes additional COVID-19 relief funds and support for Ukraine during the Russian invasion.

“The omnibus we will pass today will make an enormous difference in families’ lives: with a $400 increase to the maximum Pell Grant, funding for President Biden’s bold initiative to end cancer, finally reauthorizing the Violence Against Women Act, and so much more,” House Speaker Nancy Pelosi wrote to her Democratic colleagues on Wednesday. “It will also deliver $13.6 billion in emergency funding to support Ukraine, as it faces a diabolical attack by Russia.”

The spending bill has already hit roadblocks among Senate Republicans who are calling on the Congressional Budget Office to estimate the inflation impact of the legislation before the vote.

“We write to you today to request a projection and cost estimate of the inflationary effects of H.R. 2471 – the Consolidated Appropriations Act, 2022, including cost estimates of the bill’s inflationary effects on interest rates, outlays, and deficits,” a group of GOP senators, including Wisconsin Sen. Ron Johnson and Utah Sen. Mike Lee, wrote to CBO Director Phillip Swagel on Wednesday.

“Without such information, Congress is unable to make informed policy decisions regarding this bill, its impact on hardworking families and Americans, and the federal government’s long-term financial strength and stability,” the senators also wrote.