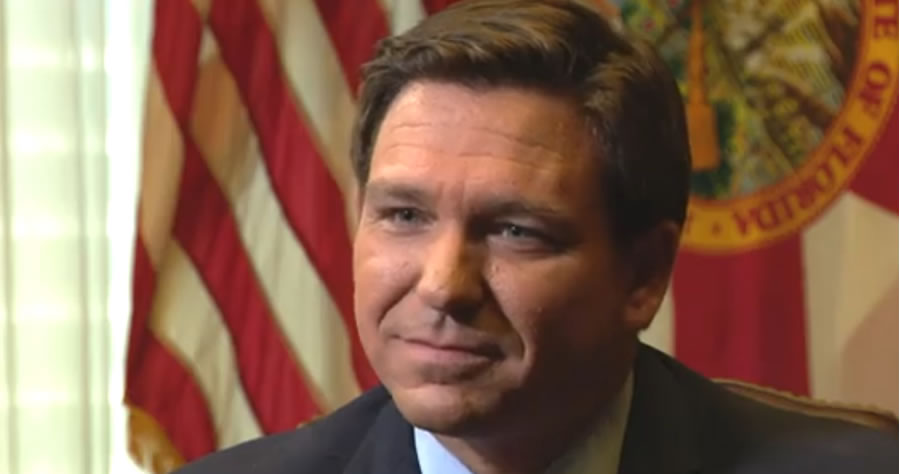 Four years ago, Democrats and their media thought they were sitting pretty. They had millions of Americans treating their absurd Russia Hoax as legitimate, and they were on their way to retaking control of Congress. President Trump’s popularity was seriously sagging. And the Republican Party lacked energy and enthusiasm.

Little did they know what was really unfolding with the fierce battle in Florida’s gubernatorial election.

In September of 2018, three-term Congressman Ron DeSantis had just turned 40-years-old and two months later he would be elected as the nation’s youngest governor in a razor-thin battle against Democrat Andrew Gillum. Yet while DeSantis certainly had an impressive resume, with two Ivy League degrees and a distinguished service record as a naval officer, the left could not have foreseen the utter stardom that was on the horizon for DeSantis.

Fast-forward to 2022, and not only is DeSantis’ prominence increasing on a seemingly daily basis, but he’s also thrashing the Democrats in virtually every way possible. And this week he added another category in which he’s dominating: Fundraising.

According to a report by CNN, the campaign committee Friends of Ron DeSantis will submit a filing on Monday stating that the Republican governor has raised over $100 million through March. If so, this will likely mark the first time ever that a candidate has hit the 9-figure mark from donations only. Other candidates have exceeded that amount when other sources of funding are considered, but when it comes to just straight-up contributions, DeSantis has reset the bar.

Strong arguments could be made as to why the DeSantis star has risen so rapidly. His policies resonate with voters from all walks of life, focusing on limited and reasonable government. DeSantis’ handling of COVID and his focus on preserving individual liberties struck a chord nationally, and it illustrated the stark contrast between the conservative approach to the pandemic and the iron-fisted, authoritarian tactics from the left. But what seems to be DeSantis’ biggest asset and the driving force behind his popularity is his style.

Ron DeSantis governs like a true conservative and makes no apologies as he does. DeSantis is an in-your-face Republican and a breath of fresh air for us on the right.

When DeSantis signed a bill banning vaccine mandates last fall, he didn’t sign it in a quiet setting in Tallahassee, he took a ride down to the town of Brandon and signed it there, in an obvious nod to “Let’s Go Brandon” movement. A year ago when signing an election integrity bill that had the Democrats’ panties in a bunch, again DeSantis injected plenty of pomp by doing it live on Fox and Friends. And, of course, when the Disney Corporation decided to pick a fight with him over his recent signing of the wholly reasonable Parental Rights In Education law, DeSantis didn’t just fight back, he’s gone bare-knuckled as he pummels them.

Ron DeSantis is showing the rest of the GOP how it’s done. Don’t shy away from controversy and stick to your conservative values. And if you do, not only will you rise to the top, you’ll see a boom in fundraising as well.