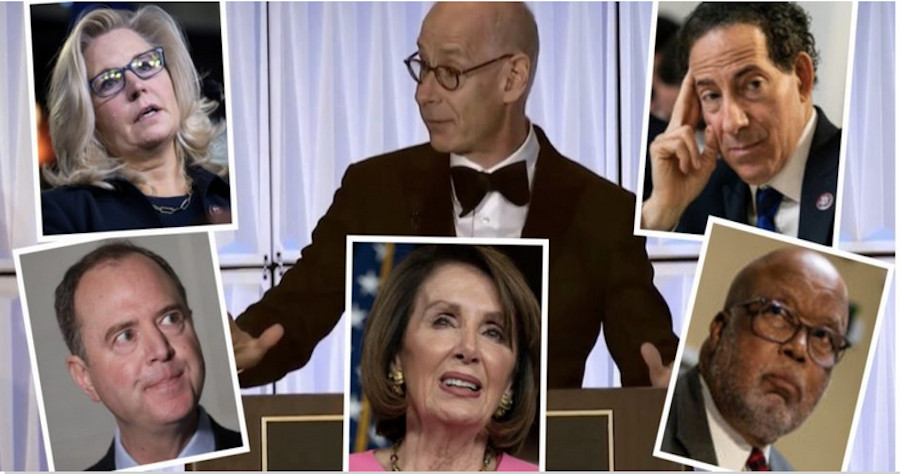 The ‘2000 Mules’ movie, which reveals a massive scheme by NGOs to steal the 2020 election from law-abiding American Citizens, has been viewed by over 20 million people. Gregg Phillips, one of the investigators behind the eye-opening documentary, claims the NGOs or “stash houses” where ballot mules picked up and delivered ballots to drop boxes in critical swing states across America were “100 percent far left-leaning” (the Democrat Party is considered “left-leaning” or “far left-leaning” for those who are unsure of what “left-leaning” means).

According to a recent poll by Rasmussen:

“Did the film strengthen or weaken your conviction that there was systematic and widespread election fraud in the 2020 election?”

The numbers are stunning:

The Democrats have orchestrated a plot designed to take attention away from the success of the “2000 Mules” movie that reveals a breathtaking coordinated effort to steal the 2020 election and to distract from the shocking inflation that’s crushing American families with a show trial coordinated by former ABC News president that’s meant to destroy Donald Trump, the most popular figure in the Republican Party and his supporters.

The House Select Committee, aka the “DC Witch Hunt Committee” on the fake “insurrection” of Jan. 6, enlisted the help of former ABC News President James Goldston to produce a full-blown spectacle for their kangaroo court proceedings on Thursday. Mr. Goldston is the same person who kept the story about Jeffrey Epstein’s sex crimes hidden from the public.

RT TVNewsHQ: WATCH JesseBWatters on Epstein: “Watters World is calling for an independent investigation into ABC News… The media wants to protect the Trump whistleblower but tries to fire the Epstein whistleblower… The media has gone completely bad.” pic.twitter.com/Q1RAC4gs1I


Former House Speaker Kevin McCarthy called on ABC News to supply Congress with more information about hiding the Epstein scandal while pushing fake news about Trump. I am deeply concerned that ABC News chose to bury the truth about Jeffrey Epstein’s role in human trafficking.

I am deeply concerned that ABC News chose to bury the truth about Jeffrey Epstein's role in human trafficking. @RepDougCollins, @RepMcCaul and I sent a letter to the President of @ABC News requesting more information about their enabling of Mr. Epstein. pic.twitter.com/AVqfZKqmt6


The Federalist exposes the truth behind the Jan 6 show trial. In March, the Washington Post published a post headlined, “Jan. 6 committee faces a thorny challenge: Persuading the public to care,” chronicling Democrats’ anxiety over public passiveness about an event speciously branded as the worst attack on American democracy since 9/11 and Pearl Harbor. Never mind the routine riots of left-wing anarchists preceding Jan. 6 that Democrats excused and celebrated.

“Their challenge: Making the public care deeply — and read hundreds of pages more — about an event that happened more than a year ago, and that many Americans feel they already understand,” the Post reported in March, followed by the passage below (emphasis added):

They’ll attempt to do so this spring through public hearings, along with a potential interim report and a final report that will be published ahead of the November midterms — with the findings likely a key part of the Democrat’s midterm strategy. They hope their recommendations to prevent another insurrection will be adopted, but also that their work will repel voters from Republicans who they say helped propel the attack.

We’ll see how committed the Jan 6 Witch Hunt Committee is to get to the truth about January 6 when they call Ray Epps to the stand to give Americans a better understanding of his role in recruiting Stop the Steal protesters to the Capitol on Jan. 5, and then recruiting them to “go into the Capitol” on Jan. 6th.