‘The verdict should be thrown out’: Derek Chauvin’s Attorney Files Motion For New Trial 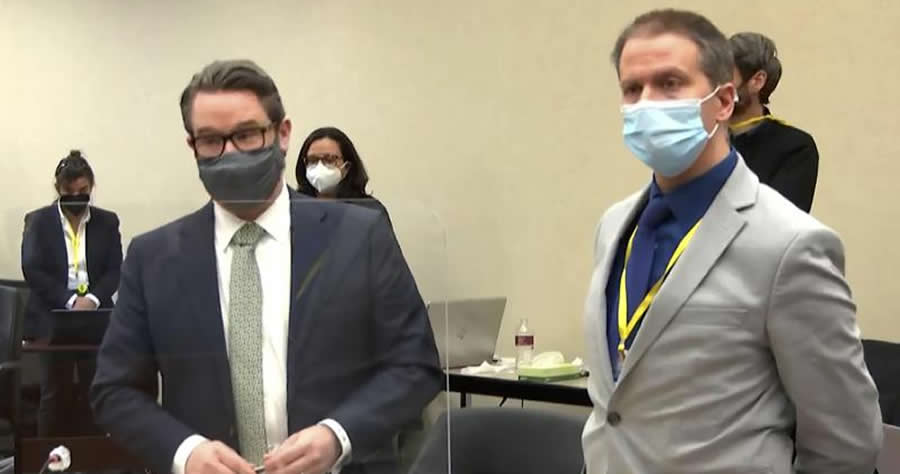 The defense attorney for Derek Chauvin filed a motion for a new trial Tuesday, a move that comes after the former Minneapolis police officer was found guilty of murder in the death of George Floyd.

Attorney Eric Nelson called for a new trial in the court filing on several grounds, including an accusation that the court violated Chauvin’s right to due process and fair trial when the court decided against sequestering the jury and granting a venue change. From the filing:

The Court abused its discretion when it failed to sequester the jury for the duration of the trial, or in the least, admonish them to avoid all media, which resulted in jury exposure to prejudicial publicity regarding the trial during the proceedings, as well as jury intimidation and potential fear of retribution among jurors, which violated Mr. Chauvin’s constitutional rights to due process and to a fair trial.

Derek Chauvin's lawyer filed a motion on Tuesday asking for a new trial on multiple grounds, including jury misconduct. The motion, which was expected, came on the same day that a juror was criticized for participating in the March on Washington last year. https://t.co/2Y11dzri99

The first juror to speak out on the Derek Chauvin verdict appears to have lied on a jury questionnaire that asked if he had ever attended a George Floyd protest:

Brandon Mitchell, Derek Chauvin juror who attended pre-trial rally, may jeopardize guilty verdict – Washington Times. Mitchell, 31, answered “no” when asked during jury selection if he had attended any protests for George Floyd.

And check out his “Get your knee off our necks” BLM shirt:

Will this picture get Derek Chauvin an appeal? Juror wore 'Get Your Knee Off Our Necks' T-shirt and lied about it

The first Chauvin juror to speak out publicly also happens to be a BLM activist who lied to get on the jury and has admitted that he saw it as an opportunity to “spark social change.”

The verdict should be thrown out. This wasn’t a fair trial. There’s no getting around it now.

Chauvin juror who told judge would not be impartial now says people should join juries because 'we got to spark some change', wore BLM shirt in 2020 https://t.co/HfhE35fyyD