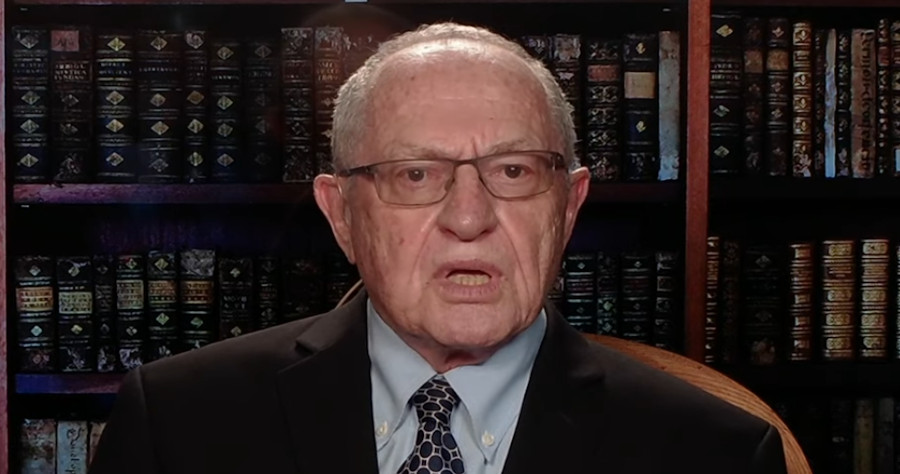 Famed liberal Harvard Law Professor Emeritus Alan Dershowitz says he fears that the very people who call the January 6, 2021 assault on the U.S. Capitol an ‘insurrection” will now call for “a comparable reaction to the Supreme Court,” as a result of the leak of a draft majority opinion signaling the issue of abortion will be turned over to the states.

“I’m a proud liberal,” Dershowitz said Tuesday evening, in an interview on Newsmax TV. And, although he supports the Roe v. Wade decision legalizing abortion nationally, which the leaked document suggests will be overturned, he concedes that “abortion is a complex and difficult issue.”

“I think it is a sad day for democracy that the leak came out this way,” Dershowitz said, condemning the leak, which he suspects is a lone law clerk’s act of “civil disobedience”:

“I do suspect it was a law clerk, one who felt very strongly against the overruling of Roe and decided to engage in an act of civil disobedience.

“I think this is, in some ways, comparable, particularly those people who are saying we will have mayhem in the streets, are very comparable to a January 6th. People on one side are calling January 6th an insurrection and then those same people are saying, ‘Let’s have a comparable reaction to the Supreme Court.‘

Dershowitz said that he hopes the leaker is discovered, but he warned that left-wing extremists will declare the leaker a hero:

“This leak is a terrible thing, and we ought to get to the bottom of it. And the person who leaked will be made a hero by some extremists on the left.

“But will no longer be able to practice law. I think that person would be disbarred or denied admission to the bar if it was proved that that person a male or a female clerk or anybody else improperly leaked information.”

And, if the leak is part of a conspiracy, the leaker will be discovered, Dershowitz predicted:

“If there are more than three or four people involved in this, the marshal’s office, the FBI will be able to solve this.

“The hardest crimes to solve crimes involving one people, one person or two people, but if it is a conspiracy somebody will fold and we’ll get the truth and the answer quickly.”