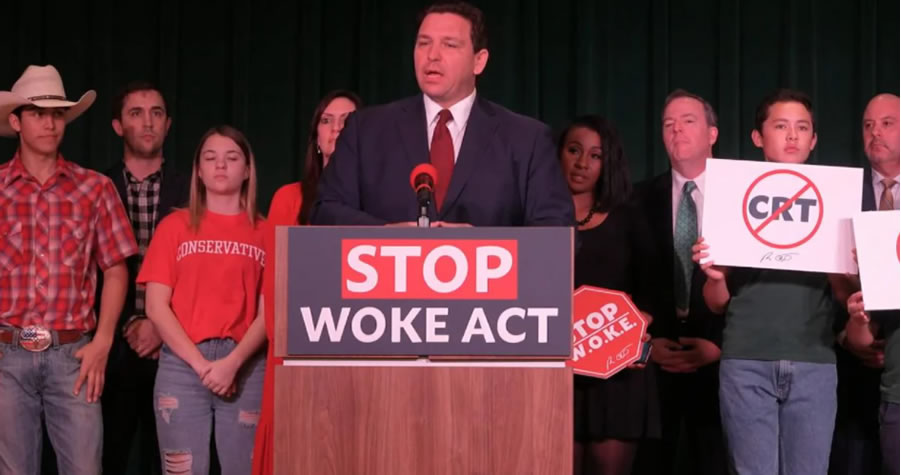 The governor said he is “taking a stand against critical race theory in our schools and in the workplace by calling for the enactment of the Stop W.O.K.E. Act.”

The Stop Wrongs Against Our Kids and Employees Act would codify DeSantis’ executive orders prohibiting K-12 schools from teaching critical race theory. It would also give parents the right to sue if they believe their kids are being taught critical race theory in schools in violation of the law.

DeSantis said he views “wokeness” as a “form of cultural Marxism” that “is an attempt to really delegitimize our history and delegitimize our institutions,” mentioning the removal of statues of Founding Fathers like Thomas Jefferson or George Washington. He cited several examples of critical race theory being implemented throughout the country in both schools and private businesses, such as the Arizona Department of Education creating an “equity toolkit” that stated babies begin exhibiting racist attitudes as early as three months old, or the Santa Clara County, California, Office of Education lecturing teachers that the United States is a white colonialist regime and a “parasitic system,” responsible for domestic violence, drug overdoses, and other social problems.