DeSantis’ Office Responds To Biden’s ‘Governor Who’: ‘DeSantis Isn’t’ Someone ‘To Pick A Fight With’ 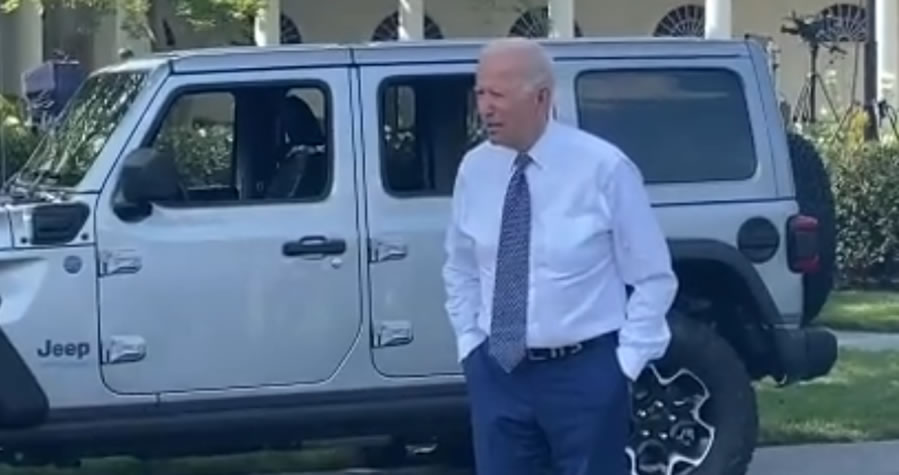 DeSantis responded on Wednesday to an attack from Biden earlier in the week when Biden suggested that DeSantis “get out of the way.” In a fiery speech that went viral, DeSantis said that he was standing in Biden’s way in order to protect people’s freedoms.

Biden was asked about DeSantis’ remarks on Thursday afternoon, to which he responded, “governor who?”

Biden immediately broke out laughing as did others who were standing behind the camera that was recording the president, likely indicating that those who were laughing were reporters. Biden then added, “that’s my response.”

DeSantis Press Secretary Christina Pushaw responded to Biden’s remark by telling The Daily Wire: “It would be more convincing if he hadn’t spent the previous 2 days attacking DeSantis.”

“Guess he realized DeSantis isn’t the guy he wants to pick a fight with,” Pushaw added.

Here is the president responding to my question about ⁦@GovRonDeSantis⁩ using Biden's words against him to say DeSantis is "getting in the way" over COVID rules. President Biden: "Governor who?" Watch. pic.twitter.com/mmjznTsLcf

.@PressSec today: “This is too serious, deadly serious, to be doing partisan name calling.”