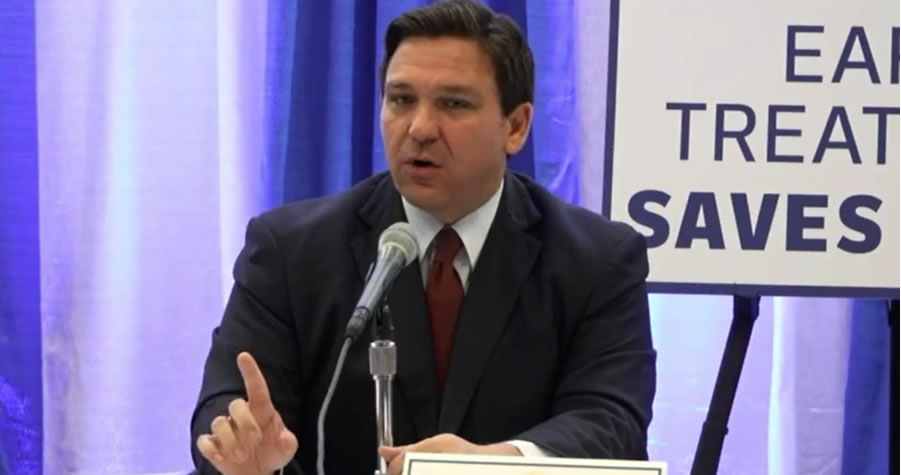 DeSantis took high marks for a potential presidential bid with 71 percent supporting his candidacy. Only 67 percent voted for a Trump presidency in the poll which allowed attendees to vote for multiple candidates, Fox News reported.

The poll was conducted at the Western Conservative Summit which was organized by an affiliate of Colorado Christian University known as the Centennial Institute. This marks the second year in a row that DeSantis received top marks in the 2024 straw poll. Last year’s attendees gave DeSantis a 74 percent presidential approval rating and Trump 71 percent.

The outcome was also the second straw poll in the past month where the Florida governor has prevailed over Trump. In a Wisconsin state GOP convention straw poll held late last month, DeSantis defeated the former president 38% to 32%, with former U.S. Ambassador to the United Nations Nikki Haley, the first female governor of South Carolina, coming in third.

Sanders spoke at the conference about the importance of having a strong conservative in the White House.

“We have to make sure that we have strong, Christian conservatives, engaged in making sure we have good leadership,” she said.

“So often in our pro-life conversation, we only talk about the womb. Let me be very clear: The reason that we have to talk about it all, is because every stage of life has value, from every moment starting at conception, to the classroom, to the workplace, to the nursing home, to the end of it’s natural conclusion, every [life has value],” Sanders told attendees.

Former Rep. Tulsi Gabbard (D-Hawaii) gave her first speech at the summit and discussed the recent attacks on the First and Second amendments.

“Getting rid of the Second Amendment will not stop these evil acts of violence,” she said.
In a similar vein, she noted that “getting rid of the First Amendment, banning and censoring so-called hate speech as many of our politicians are advocating now, will not get rid of hate.”

“Yes, our freedoms are being threatened, but that threat is not coming from some far off foreign country, but it’s coming from within,” the freedom-loving democrat said.

She said politicians “claim to want to protect us from misinformation, protect us from that which they claim is not true. The idea that we blindly follow along with whatever the government or those in power tell us is true, it goes against the very essence of the Constitution and the Bill of Rights.”

Many people found a DeSantis or Trump candidacy to be ideal and thought whichever way the ticket went, the American people would win.