Desperate Americans Are Selling Their Plasma to Get Gas Money 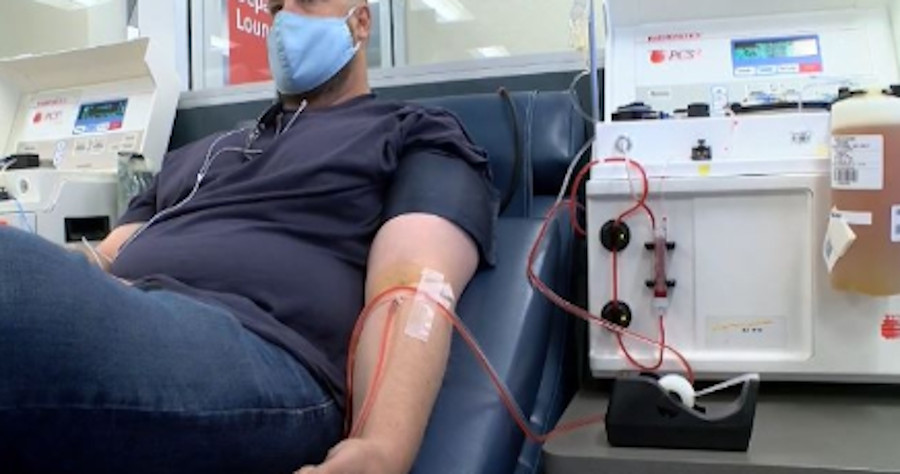 With gas prices hovering around their five-dollar-a-gallon record high set earlier this month ($5.016 on June 14), Americans who are already hard-hit by inflation have turned to selling their plasma to get the money they need to fill up at the pump.

Plasma, the liquid portion of blood, is used to treat trauma, burn and shock patients, as well as those with severe liver disease or clotting deficiencies. Plasma donation centers pay as much as $100 per donation, though the average payment is closer to fifty dollars.

In Detroit, Michigan, Nurse Kemika King tells Fox 2 that donating plasma is crucial to her being able to afford to commute to work each day:

“The $50 they do give, we put the whole thing in the gas tank and it helps me go back and forth to work.”

“It definitely helps because the gas definitely has been going up and up,” Motor City resident Sean Estes says, noting that he’s already made $225 of gas money by donating his plasma.

“I sometimes go to the plasma center to get extra money for gas just so I can make it,” construction worker Diarra Drummond, who spends ” $150 a week easy on gas” commuting to work, says.

In Orlando, Florida, Jael Rivera earns between $75 and $100 a week selling his plasma to a donation center, Fox 35 reports:

“Gas, groceries, and rent – the price of everything is going up leading some to find other ways to bring in extra cash.

In Lexington, Kentucky, donations are booming and some new plasma donors are earning up to $825 a month, KABC reports.

“Right now, it’s really helping. Gas is high everything is really high and it’s a really easy process. There is nothing really hard about it,” plasma donor Antwon Faulkner tells WLEX Lex 18.

It’s a common misconception that plasma donors are jobless indigents, Faulkner, a long-time donor, says. “I have money,” but rising prices are hard to handle, Faulkner explains.

Donating plasma for cash has become so popular and profitable that WalletHacks.com has actually published a list of the 11 “Highest Paying Plasma Donation Centers” in the U.S.

CSL Plasma is ranked number one, since donors can earn up to $100 per visit – and $1,000 in their first month, with the help of new-donor bonuses – WalletHacks reports. Headquartered in Boca Raton, Florida, CSL Plasma has more than 300 donation centers worldwide.

See WalletHack’s list of the top-paying plasma donation centers below:

What Are the Highest Paying Plasma Donation Centers?