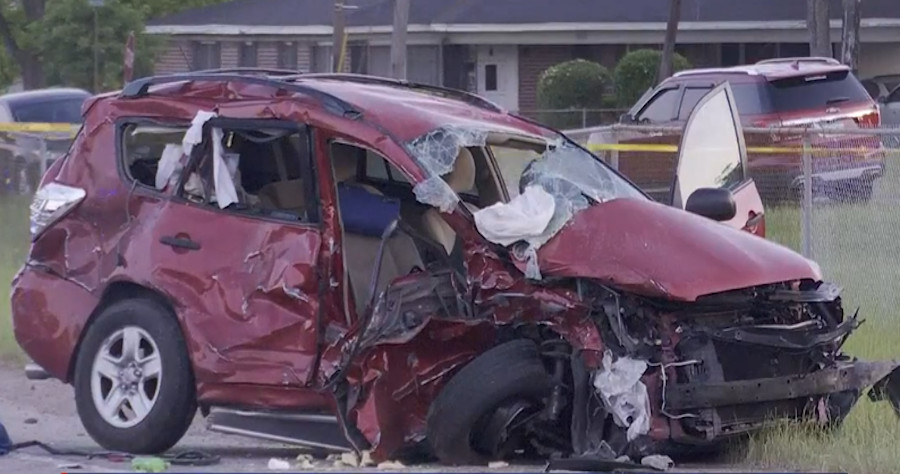 A desperate mother attempted to steal items for her five-week-old baby from a Walmart in Monroe, Louisiana. Shortly after the incident, Walmart employees called Monroe police to report a shoplifting incident. During a high-speed police pursuit on Highway 165, the mother lost control of her car and crashed, causing her baby and boyfriend to die.

The mother was charged with two counts of manslaughter and four counts of negligent injury. “A woman accused of killing a man and a five-week-old baby in a crash has been arrested in Ouachita Parish.

The fatal crash happened after Candace Gill, 38, was suspected in a shoplifting investigation at Walmart in Monroe.

According to court records, officers were dispatched to the Monroe Walmart Supercenter around 6 p.m. on Monday in reference to a shoplifting complaint. Two suspects with an infant had since left the scene. The suspects were identified as Gill and Edward Williams.