‘Did You Not Prepare for This Hearing?’: Sen. Cruz Destroys Biden Judicial Nominee 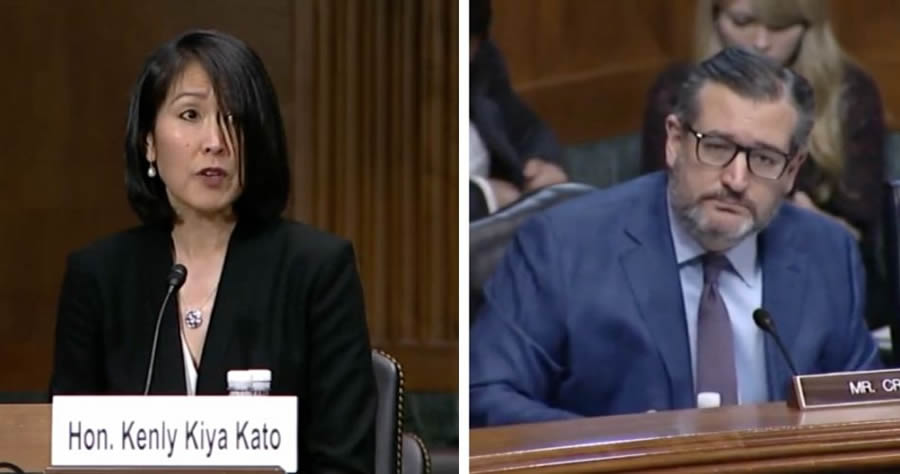 Cruz sparred with nominee Kenly Kiya Kato over her past writings, where she justified racial discrimination in the college admissions process.

Kato tried to downplay her actions by claiming she “wrote that years ago,” but when Cruz asked her if she still help those same beliefs today, Kato did her best to avoid answering the question.

Cruz interrupted her where she actually looked relieved she didn’t have to struggle to cobble together some semblance of a coherent response for those brief seconds.

Kato’s rambling got so bad that Cruz had to literally ask her if she had prepared for the hearing.