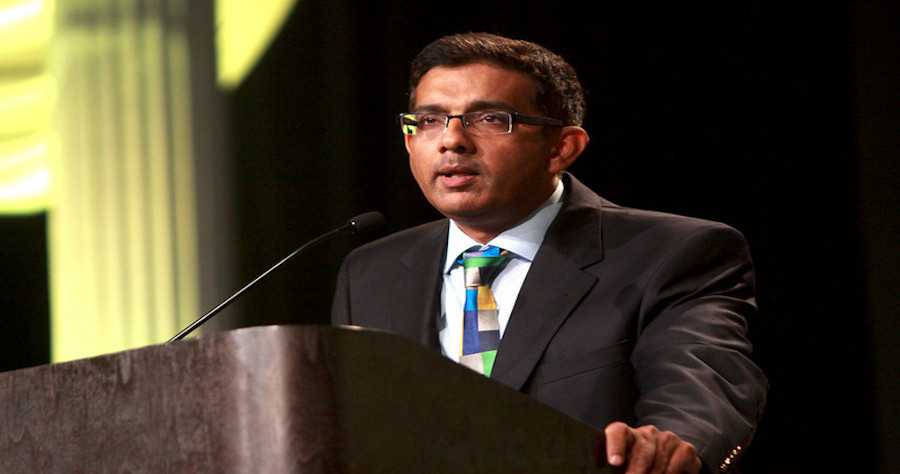 By now, it is obvious to nearly everyone except the most die-hard election fraud denier ostriches and Politico propagandists that there was something seriously wrong with the 2020 election. The D’Souza movie 2000 Mules is only the latest in a long series of investigations showing the existence of massive fraud in battleground swing states as well as every other state.

That leaves us with only two realistic possibilities: first that Trump won by a landslide but the election was stolen by fraudulent ballot dumps, or two, that due to the all the fraud, we have no idea who actually won. It is unlikely in the extreme, that the current pretender to the office of President actually won fair and square, despite Leftist assurances that the 2020 election was the most secure and fair in history and that any instances of fraud were minor and had no effect on the outcome.

Time is running out

In just about three months, the clock will run out on the requirement to retain election records, and all the ballots can be trashed, the disks and flash drives wiped, and any evidence remaining in official records can be erased when the 22 month retention period expires.  Courts could extend that period if the evidence was required in a lawsuit, but I don’t see that happening in any serious way.

Early promises to conduct forensic audits of the election have largely stalled.  Efforts to decertify the Electoral College votes have likewise gained little traction outside of a few locations.  Court challenges have been stymied not from lack of evidence, but rather from the unwillingness of courts to examine the evidence.  Officials, such as Secretaries of State whose job includes ensuring the integrity of elections have failed to investigate in any serious way the many allegations of election fraud in their jurisdictions.  Virtually no politician, especially in an election year, wants to make election fraud an issue.  Meanwhile, the clock keeps ticking.

No ground to stand upon

One of the biggest obstacles to legal challenge is something called standing.  Generally, in order to be able to file a lawsuit in a case of fraud, the plaintiff must first show that they were harmed by the alleged fraud.  This demonstration of direct harm establishes what is known as standing.  Without standing, a suit can be dismissed without any consideration of evidence.

Almost every court that has been presented with a suit alleging fraud in the 2020 election has rejected the suit on the basis of standing, claiming that having one’s vote nullified by election fraud is insufficient to establish standing.  The argument was even used by the Supreme Court to deny a suit by Texas alleging that fraud in Pennsylvania and other swing states effectively nullified their votes.

This is an election year, after all, why not wait a few months until we can elect a new batch of congresscritters in November, ones who will act to stop all the damage that is being done by an illegitimate administration?  They could even impeach Biden and stop his destructive activities in short order.

First, simple impeachment wouldn’t solve the problem.  If Biden were impeached, that would make Kamala president – definitely not an improvement.  Through a process of appointment of a vice president and a subsequent resignation, we could even end up with Hillary as President.   I don’t consider that a win for our side.  Whomever ended up as President, we would still have the rest of an administration working toward “transformation” to their goal for America.

Second, impeachment would leave all the previous Executive Orders, appointments, and other acts intact.  These are the tools that have been used to do the greatest damage to the country by enabling unrestricted illegal immigration, by destroying our energy independence, by promoting disastrous levels of inflation, and numerous other harms.  There is serious discussion of adding new Leftist justices to the Supreme court, and the real possibility of provoking a hot war with Russia.  Taking over congress would fix none of these things.

The reason is that about the only real tool that Congress would have is the power of budget approval.  Any act to repeal Executive Orders or to rein in administrative activities would have to be signed into law by the President.  It is unlikely that we could get enough votes to override an executive veto.  There is also a possibility of investigations, but those are slow, and given the current disposition of the investigatory agencies, notably the FBI and Garland’s DoJ, any congressional investigations would largely have only theatrical value.

What do we do now?

In the current controversy around abortion and Roe v Wade with the Supreme Court, the Left is demonstrating just how nasty and intolerant they can be.  They dox those who disagree with them, they stage protests and violent demonstrations, They organize opposition and generally do whatever they feel will get their way, without consideration for the opinions or rights of others.  The good news is that these methods of intimidation are limited.  As the number of opponents grows, their tactics become less effective and their forces divided.

We have seen how powerful those of us on the Right can be when we choose to step forth.  A prime example is the effectiveness of parental protests against CRT and grooming in schools.  Such action at the local level can have far-reaching effects even at the national level and is difficult for the Left to disrupt or oppose.

Power to the People

We can use that power.  The national scope of the 2000 Mules movie has made the problem of election fraud highly visible and a matter of national awareness.  It has created a momentum that we can exploit to our advantage.  Here are some of the things that can be done:

Looking around, we see increasing efforts to distract us from the destructive acts of the current administration.  The war in Ukraine was used to distract from the horrible evidence presented in the Pfizer Covid vaccine trial data, and to provide a scapegoat for the administration-induced inflation that threatens to grow out of control.  Google and media outlets are suppressing information about Hunter Biden and corruption that appears to involve his father as well,  The Department of Homeland Security has stood up a “Ministry of Truth” to manage and likely suppress information that disagrees with official positions, making further mockery of our Constitutional guarantee of freedom of speech.

Each day brings some new distraction and some new abridgement of our rights and freedoms.  Already the damage done may be irreparable, but if we are to have any hope at all, we must not delay.  Each day counts.  We need to stay focused and continue the momentum.