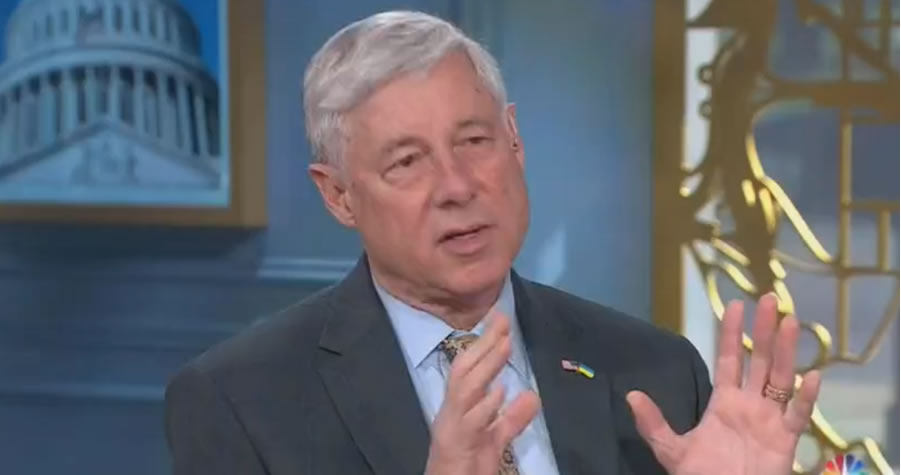 Dirtbag RINO Fred Upton (R-MI) was one of ten Republican lawmakers to vote to impeach President Donald Trump for the protests and riot at the US Capitol on January 6, 2021.

Upton joined nine other Republicans, including fellow Michigander, freshman “GOP” Rep. Peter Meijer of Grand Rapids, in impeaching Trump after House Democrats rushed through a resolution.
Rep. Upton was later censured by a Michigan county for his irresponsible vote.

Fred Upton announced his retirement earlier this month. He will not seek reelection.

On Sunday Upton went on Meet the Press to trash Republicans on his way out the door.

Warring factions within the Republican Party could push the GOP into ‘troubled waters’ with less than seven months until the November midterm elections, a retiring lawmaker said on Sunday.

Rep. Fred Upton (R-Mich.) was the fourth House GOP lawmaker to drop his re-election bid out of 10 who voted to impeach Donald Trump for the Capitol riot. Upton announced his retirement earlier this month.

Speaking to NBC News’ Meet the Press on Sunday, the veteran lawmaker suggested the growing influence of far-right voices in Congress was the most significant he’s seen since taking office.

Republican Rep. Fred Upton says his party is in "troubled waters," citing the popularity of the likes of Marjorie Taylor Greene and Lauren Boebert pic.twitter.com/IsnfMXgUhD