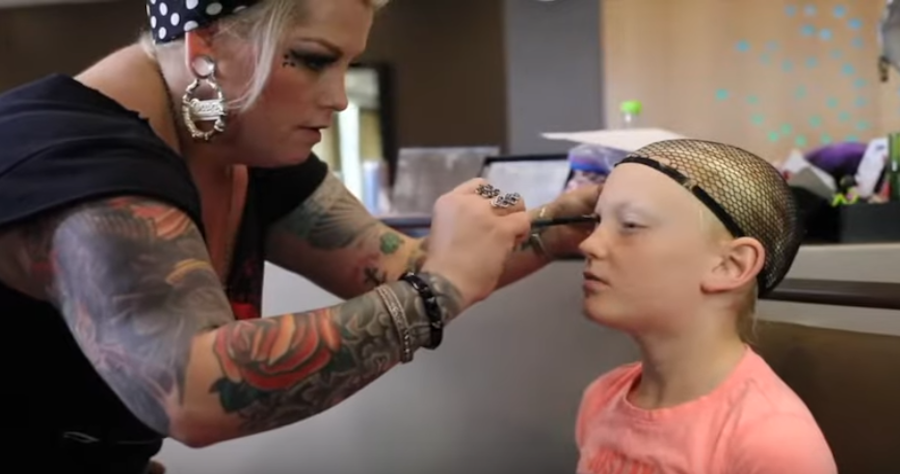 Streaming platform Discovery+ has released the trailer for its new Tyra Banks-produced show called “Generation Drag”, which is about five young teens who perform in drag, some of whom are transgender.

Howard Lee, the President of TLC Streaming and Network Originals, raved about this upcoming series, saying,

“In this heartfelt and joyous coming of age series, Generation Drag celebrates a group of amazingly talented teens who put their creativity, passion, and talent on center stage. Jameson, Noah, Vinny, Bailey, and Nabela may only be in their teens, yet they are well beyond their years in being true to themselves and recognizing the importance of living authentically.  Their story is an inspiration to express yourself at any age.”

The trailer opens with one young boy welcoming viewers to his bedroom, or “pink palace”, then introducing his drag queen alter-ego, “Vanessa Shimmer”, describing her as a “force you cannot reckon with.”

Another child we are introduced to is named Noah, who is a transgender female. There seems to be a conflict with Noah wanting her childhood photos taken down from around the house. She tearfully explains that these pictures are a “constant reminder I had to pretend I was a boy.”

At such a young age, it makes you wonder who influenced this child to think that, although biologically male, they were only “pretending” to be a boy. It has become very hard to determine whether these ideas are from the kids themselves, or if they are influenced by social media or parental figures.

Another child featured in this show is transgender and goes by drag alter-ego “Nemo”.

The main event that these kids are preparing for in the series is ‘Dragutante’, a drag show for underage kids ages 8-18.

In a video on Dragutante’s website, little boys are shown being taught to walk in heels, wearing inappropriate outfits, and sexualizing themselves for their adult audience.

In the promotional video for the drag shows, one mother says, “It’s no different than if your kid liked soccer.”

Another mom horrifyingly states that her child  – who participates in these shows – transitioned at age 5.