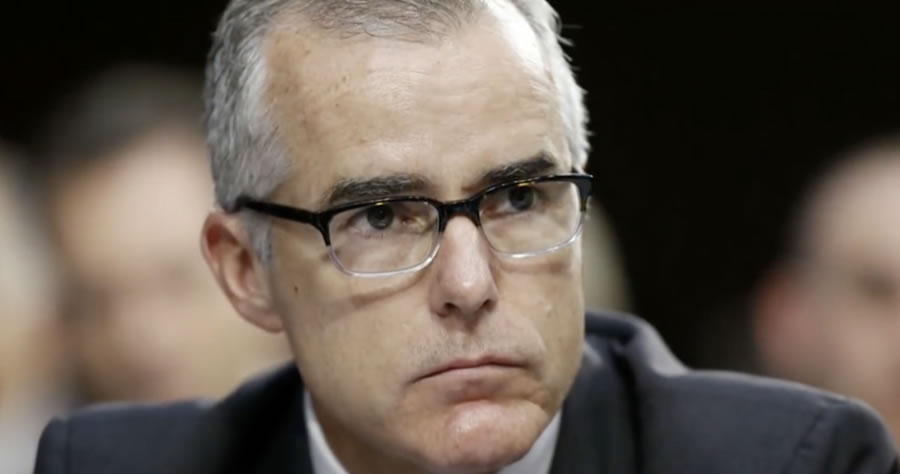 Have you ever wondered what disgraced former deputy FBI directors do after trying to stage a coup and lying under oath? Apparently, they give talks about “protecting democracy” at top-rated institutions of higher learning. Indeed, this last Thursday the University of Chicago invited former deputy FBI director Andrew McCabe to join a panel of partisans to discuss the Jan 6 “insurrection.”

McCabe was fired as the deputy FBI director for leaking sensitive information about an investigation into the Clinton Foundation and then lying about it under oath. He also took part in spying on the Donald Trump campaign through a secret warrant granted by the Foreign Intelligence Surveillance Act court.

The dossier he used to obtain the surveillance warrant was funded by Hillary Clinton’s campaign and, in an ironic twist, was itself the product of Russian disinformation. McCabe and his allies in corporate media justified all sorts of similar illegal and undemocratic tactics to discredit and attempt to unseat President Trump.

Of course, neither the University of Chicago nor McCabe acknowledged the irony in him discussing the integrity of “democracy” in America on Thursday evening. In fact, what McCabe said at the University of Chicago event on Jan. 6, 2022 is even more shocking than his invitation to speak in the first place. Below are four of the most appalling assertions and policy proposals McCabe made at the public event.