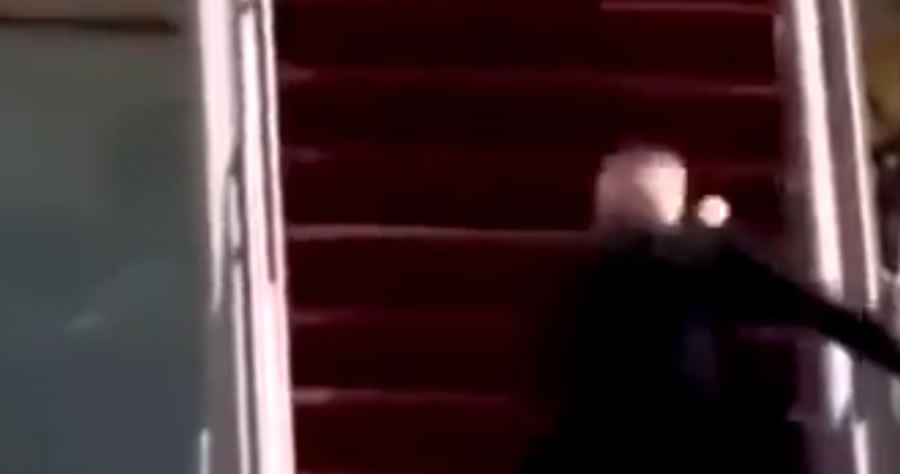 President Biden’s stumbles as he climbed the stairs to board Air Force One on Friday was given the meme treatment, with Donald Trump Jr posting a video which made it appear that he was knocked down by a golf ball hit by his father.

The former president’s eldest son posted a mock tweet showing Donald Trump swinging a golf club and hitting a ball that knocks Biden down as he ascends toward Air Force One.

Biden tripped on the staircase three times, with Don Jr joking: ‘It wasn’t the wind folks.’