Donald Trump at NRA: If We Can Send $40 Billion to Ukraine, We Can Protect Our Children’s Schools 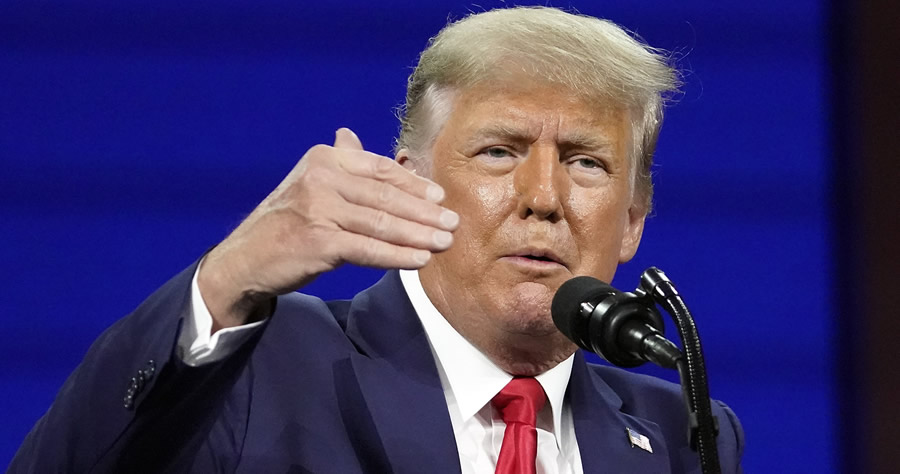 Former President Donald Trump called for more security in American schools during his speech to the National Rifle Association on Friday.

“If the United States has $40 billion to send to Ukraine, we should be able to do whatever it takes to keep our children safe at home,” Trump said, offering several security proposals for making schools safer, including armed police or security officers.

The former president directly addressed the politically charged nature of the event, after a deranged 18-year-old shot and killed 19 students and two teachers at an elementary school in Uvalde, Texas.

“Unlike some, I did not disappoint you by not showing up,” Trump said after taking the stage at the NRA convention to a roar of approval. Gov. Greg Abbott (R-TX) canceled his appearance at the NRA, sending a video instead while he visited the Uvalde community.

Trump began his speech by holding a moment of silence for the shooting victims, reading their names as audio of a bell tolled in the conference room.

“The monster who committed this crime is pure evil, pure cruelty, pure hatred, absolute pure hatred, and while those he slaughtered are now with god in heaven, he will be eternally damned to burn in the fires of hell,” he said.

“Sadly before the sun had even set on the horrible day of tragedy, we witnessed a now-familiar parade of cynical politicians seeking to exploit the tears of sobbing families to increase their own power and take away our Constitutional rights,” Trump said.

He condemned the “repulsive” Democrats for trying to shift the blame of the shooting away from the shooter and onto legal gun owners.

“When Joe Biden blamed the gun lobby, he was talking about Americans like you,” Trump said.

He also condemned the calls for gun control.

“Let’s not pretend that those on the left are just talking about limiting one class of gun or one category of ammunition … we all know they want total gun confiscation,” he said.