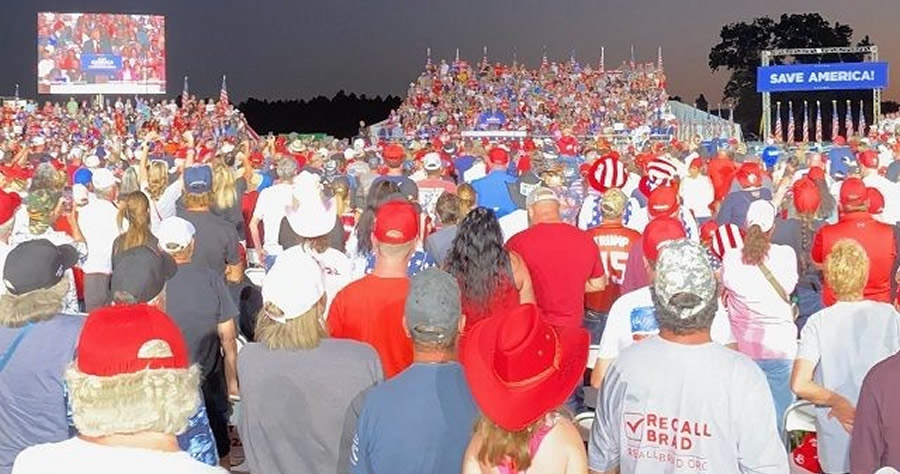 PERRY, Georgia — If Republicans hope to return the Peach State back to the GOP column in 2022 and beyond, Saturday’s appearance by former President Donald Trump at the Georgia National Fairgrounds was a hopeful sign.

The event fell on the fourth week of college football season during a slate of SEC football games that included the University of Georgia facing Vanderbilt. But that deter people from making the trek eight months after an election cycle that led to the state going for a Democratic presidential candidate for the first time since 1980 and giving up two U.S. Senate seat to Democrat candidates Raphael Warnock and Jon Ossoff.

The former president’s remarks included criticisms of Georgia Secretary of State Brad Raffensperger to a gathering heavily in favor of auditing the 2020 elections, attacks on the Biden administration for mishandling the Afghanistan withdrawal and immigration at the U.S.-Mexico border, and an appearance by U.S. Marine Lcpl. Hunter Clark, who was seen pulling an Afghan infant over the Kabul airport wall.