Donald Trump Was Spot on About Germany’s Current Energy Crisis 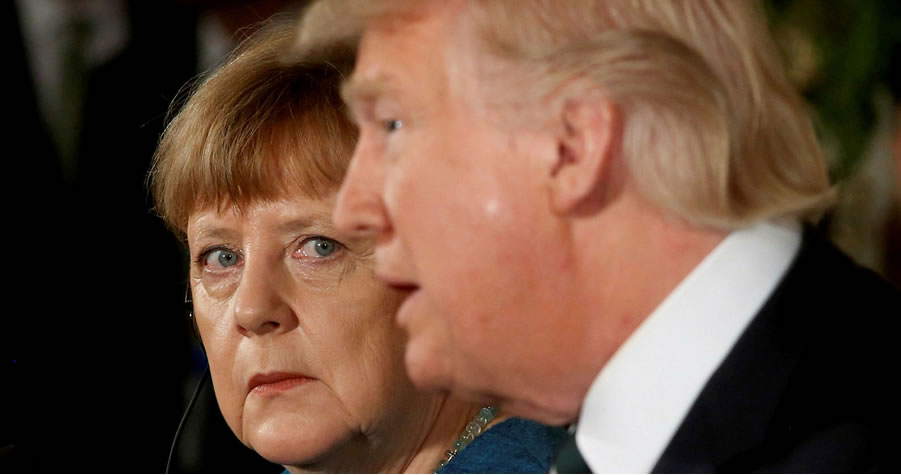 Germany is headed for a major energy crisis after outsourcing natural gas production to Russia.

“Germany will restart coal-fired power plants and offer incentives for companies to curb natural gas consumption, marking a new step in the economic war between Europe and Russia,” the Wall Street Journal reports. “Berlin unveiled the measures Sunday after Russia cut gas supplies to Europe last week as it punched back against European sanctions and military support for Ukraine.”

“Russia’s gradual cutting of gas supplies has raised the specter of a potential fuel shortage if Europe goes into winter with less-than-full stowages. It has also raised prices, putting additional pressure on economies that are already struggling with high inflation and rising borrowing costs and face the prospect of a recession,” the report continues.

But back in 2018 President Donald Trump warned the Germans about playing with fire. They laughed and leftist groups called his warnings “outrageous.”

“Reliance on a single foreign supplier can leave a nation vulnerable to extortion and intimidation. That is why we congratulate European states, such as Poland, for leading the construction of a Baltic pipeline so that nations are not dependent on Russia to meet their energy needs. Germany will become totally dependent on Russian energy if it does not immediately change course,” Trump said during a speech to the United Nations.

Trump made some outrageous claims about German energy at the UN — and the German delegation’s reaction was priceless pic.twitter.com/izpa2fKC3B

Trump was right and given Biden’s dedication to plunging the U.S. into a recession with his war on oil and gas, things are about to get worse.

The irony is that natural gas is far cleaner than burning coal but the Left doesn't like building infrastructure to transport natural gas and so now here we are! https://t.co/NM5oBYCGkv