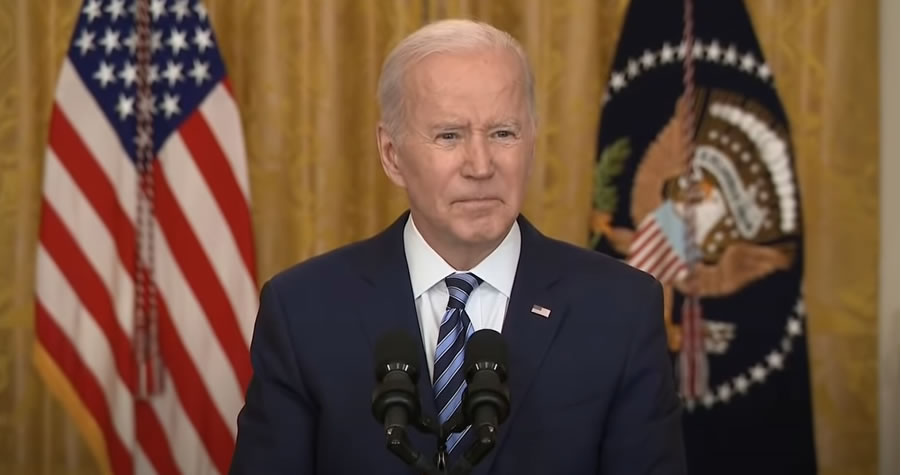 “Markets are down and gas prices are up,” Doocy began. “I know you always stress the difference between Wall Street and Main Street, but everybody seems to be in for some economic pain. How economically painful is it going to get for people in this country?”

“There’s no doubt that when a major nuclear power attacks and invades another country that the world is going to respond, and markets are going to respond all over the world,” Biden replied. “The notion that this is going to last for a long time is highly unlikely and as long as we continue to stay resolved in imposing sanctions we’re going to impose on Russia, period.”

Doocy then asked Biden if he underestimated Russian President Vladimir Putin and if he continues to view Putin as a “worthy adversary.”

“I made it clear he was an adversary, and I said he was worthy. I didn’t underestimate him,” Biden continued. “You heard the speech he made … as to why he was going into Ukraine. He has much larger ambitions than Ukraine. He wants to, in fact, reestablish the former Soviet Union. That’s what this is about.”

The president said Putin’s ambitions are “completely contrary” to the rest of the world’s current standing.

Doocy then asked whether the president was “confident” that the U.S. sanctions imposed on Russia Thursday would be “as devastating as Russian missiles and bullets and tanks.”

“Yes — Russian bullets, missiles and tanks in Ukraine — yes I am,” the president responded.

The new sanctions target four Russian banks, elites, and “corrupt billionaires,” and limit exports to the country. The first round of sanctions, imposed Tuesday, blocked two Russian banks and access to Western financing to assist their sovereign debt.