Doocy To Psaki: Why Shouldn’t Justice Jackson Event Be Called A ‘Super-Spreader’? 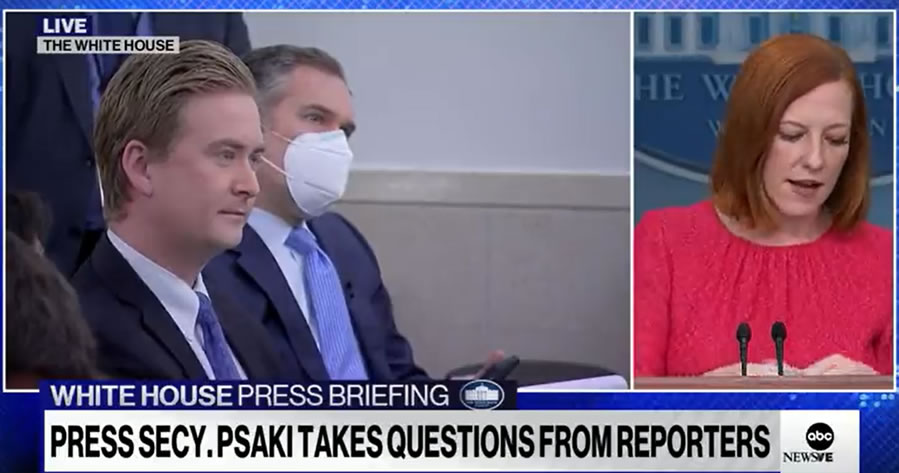 During Thursday’s White House press briefing, Doocy noted the fact that a similar event held to celebrate Justice Amy Coney Barrett — after which a number of attendees tested positive for COVID-19 — had been called a super-spreader event by media outlets and Democrats alike. Considering the number of prominent Democrats and members of President Joe Biden’s administration who had tested positive for the virus in recent days, Doocy suggested that the situation was comparable.

Doocy asks Psaki if the administration is concerned the event to commemorate Ketanji Brown Jackson's confirmation will be a superspreader event like the Amy Coney Barrett one was. Psaki reminds him vaccines were not available back then. pic.twitter.com/2qLH7HzCql

Doocy: "How can you guys say that President Biden was not a close contact with speaker Pelosi when there's video of the speaker kissing him?"

Psaki: The CDC's "definition of it is 15 minutes of contact within a set period of time, within six feet. It did not meet that bar." pic.twitter.com/T7U8kE5EoR