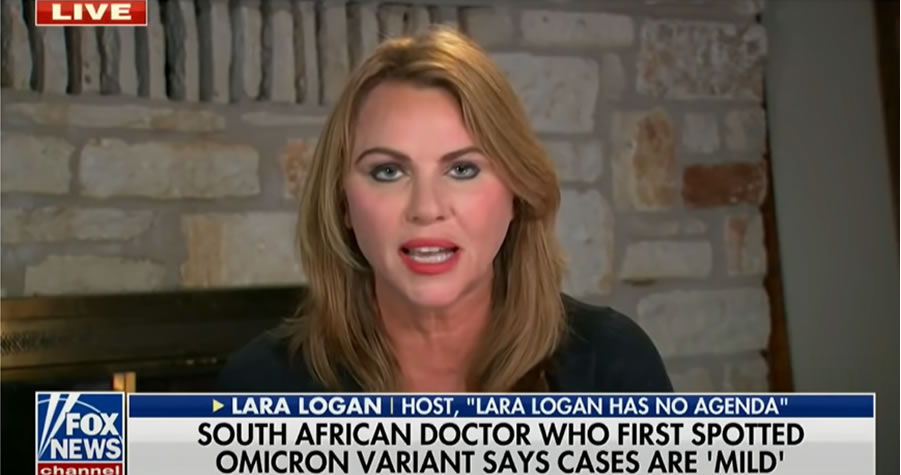 Dr. Anthony Fauci appeared on MSNBC’s “All In with Chris Hayes” on Thursday and slammed Fox News for not disciplining journalist Lara Logan for comments comparing him to the Nazi butcher and “Angel of Death” Josef Mengele.

“What you see on Dr. Fauci – this is what people say to me: that he doesn’t represent science to them. He represents Joseph Mengele. Dr. Josef Mengele, the Nazi doctor who did experiments on Jews during the Second World War and in the concentration camps,” Logan had bluntly stated on “Fox News Primetime” Monday night.

“This is because the response from COVID, what it has done to countries everywhere, what it has done to civil liberties, the suicide rates, the poverty, it has obliterated economies,” she continued. “The level of suffering that has been created because of this disease is now being seen in the cold light of day.”

“I just wonder how you respond to that,” Hayes asked the infectious disease expert.

“Well, Chris, I think the response is with so many people throughout the country and the world, are responding to that absolutely preposterous and disgusting comparison that she made, it’s an insult to all of the people who suffered and died under the Nazi regime in the concentration camps,” Fauci proclaimed, calling the remark “unconscionable” but ignoring that she had attributed it to what others had been telling her.

He then lambasted Logan, accusing her of spreading misinformation on the virus. But he specifically went after Fox News for not reigning in her First Amendment right to free speech, advocating the censorship of the conservative correspondent. Many contend she said the quiet part out loud concerning what a lot of people think of Dr. Fauci.

“Forget about the fact that she was being totally slanderous to me and as usual, had no idea what she was talking about, saying that it’s as benign as flu. When did ever influenza kill 770,000 Americans?” he asked.

“So not only is she being slanderous and disrespectful to so many people who were killed in the concentration camps by Dr. Mengele, but she absolutely has no idea what she’s talking about. She’s completely incorrect in everything she says,” Fauci continued.

“What I find striking, Chris, is how she gets no discipline whatsoever from the Fox Network, how they can let her say that with no comment and no disciplinary action? I’m astounded by that,” he unsurprisingly declared.