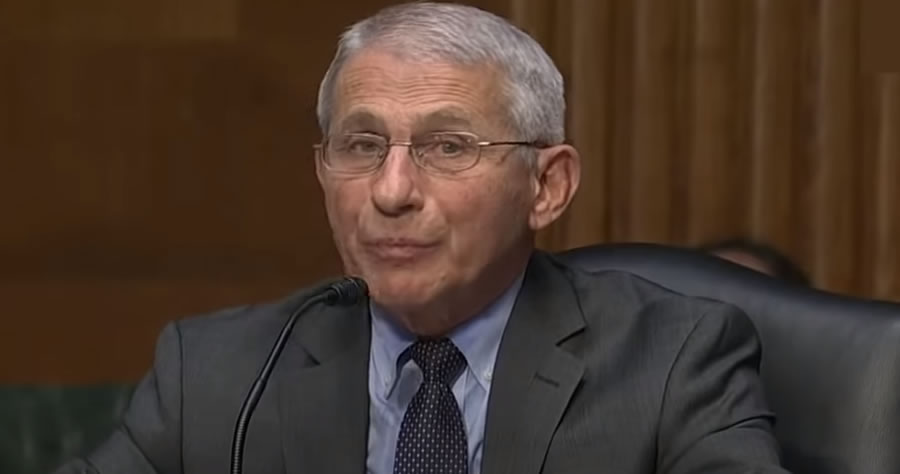 Last year, Dr. Anthony Fauci claimed there was “no scientific evidence the coronavirus was made in a Chinese lab.”

“If you look at the evolution of the virus in bats and what’s out there now, [the scientific evidence] is very, very strongly leaning toward this could not have been artificially or deliberately manipulated … Everything about the stepwise evolution over time strongly indicates that [this virus] evolved in nature and then jumped species,” Fauci said at the time in an interview with National Geographic. “If you accept the premise, which is very strongly supported by scientific evidence, that it was not deliberately mutated and deliberately changed, and you say, if it was in the wild and evolving, the likelihood it jumped species naturally, someone will say, ‘Well, maybe somebody took it from the wild, put it in the lab, and then it escaped from the lab.’ But that means it was in the wild to begin with!” he added.

He also dismissed the theory that COVID-19 was found in nature, brought to a lab, and then escaped.

Fauci, arguably (though not justifiably) the most trusted person when it comes to COVID-19, set the tone for how theories about COVID-19’s origins would be treated. If you suggested it came from a lab or was man-made, you were laughed off as a kook.

In retrospect, it seems like Fauci was trying to protect himself, as it turns out that his National Institute of Allergy and Infectious Diseases may have funded “controversial ‘gain of function’ research where coronaviruses were made ‘more infectious in humans,’” at the Wuhan Institute of Virology.