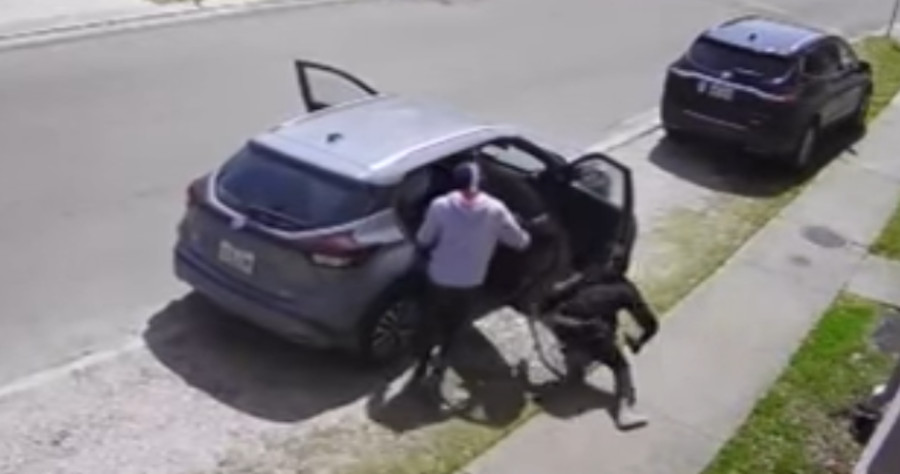 Linda Frickey was jumped by four teens in the afternoon on Monday in the Mid-City neighbourhood of New Orleans after doing some shopping in the area, local news station WWL-TV reported.

The 73-year-old got her arm and clothing stuck in the seatbelt, which led to both getting ripped off as the attackers continued to drive off for nearly an entire city block while she dragged behind, the outlet continued.

“Her arm was severed from her body,” police Superintendent Shaun Ferguson said in a statement.

Eyewitnesses confirmed to WWL-TV that they saw the victim attempting to put something in her car, when the assailants jumped in and attempted to kick her out.

One resident, Todd Eckernc, told the outlet he saw the woman being dragged down the street, hanging by her seatbelt.

“The door had closed on the seatbelt, and she was stuck in it … I got out of my vehicle screaming, ‘Please stop!’ Other neighbours were also screaming,” Mr Eckernc told Fox 8.

A separate eyewitness to the horrifying crime told Fox 8 that she could hear Ms Frickey’s screams begging the perpetrators to “let her go”.

“As soon as I saw her, I screamed. I just started running for her – I thought if I could somehow, I don’t know what I could do, but I thought if I could dislodge her from this car … when I looked down her body was already there, and her arm was … It’s just not something you expect to see,”Leanne Mascar told Fox 8.

About the victim Linda Frickey