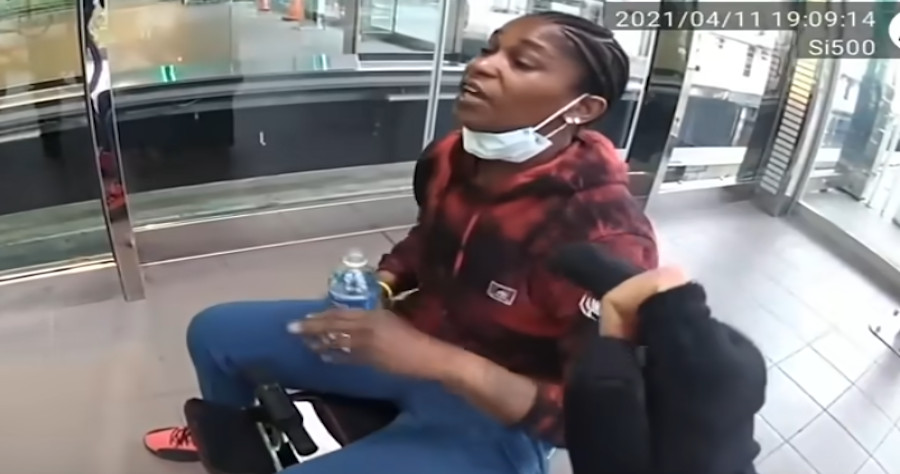 A drunken passenger who was refused entry to board an airplane at Orlando International Airport rode away from the gate on a unique getaway vehicle, that’s because it was a motorized suitcase.

“We’re going to have a bike pursuing a suitcase in a minute,” the Orlando police officer said as he attempted to catch up to the woman who was driving, what appeared to be, a scooter-like electric vehicle-mounted to her suitcase.

Officials say 32-year-old Chelsea Alston, who pleaded not guilty, was traveling from Orlando to New York in April when a Southwest Airlines employee refused to let her board because she appeared to be intoxicated.

“I don’t want no beef. I’m just trying to go home and enjoy myself,” Alston, who claimed to have only had two drinks before her flight, said.

The pursuing Orlando police officer, Andrew Mamone told Alston that it was her glassy eyes, her inability to stand straight, and the obvious smell of alcohol on her persons were among the reasons for the airline suggesting she had a few too many to fly, video from the incident shows.

Officers eventually escorted the woman to a patrol car outside, and the video shows, at times, she refused to walk.

According to the arrest report, once arrested, Alston ripped the police vehicle’s fabric headliner and even defecated in the seat, causing an estimated $1,200 in damage.