‘Dude, just take the L.’: Clumsy Joe Fell Off His Bike But WH Deputy Press Sec Just Made It Worse 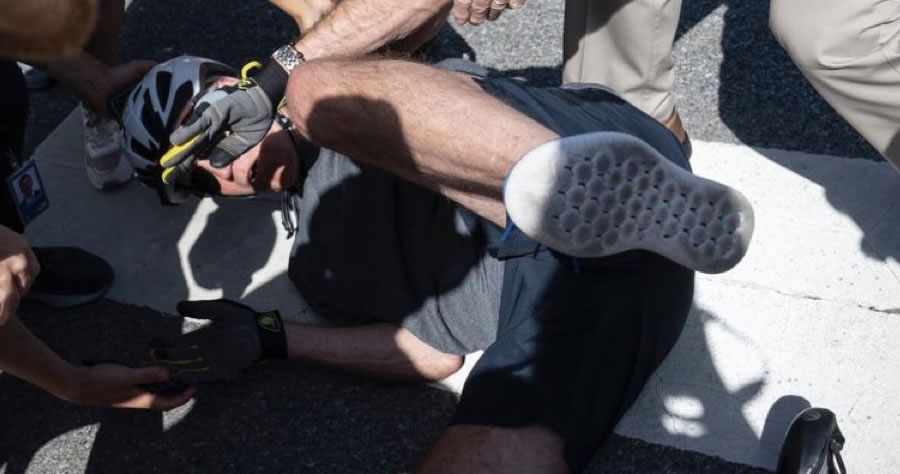 Joe Biden is a man who doesn’t have a lot of grace. He sometimes tries to act as he does. But he’s constantly being nasty and trying to demean his opponents. That’s how they came up with his most recent “attack” “extreme MAGA” or “ultra MAGA.” His team claimed that he came up with it, although it was Democratic operatives who came up with it after six months of deep Democratic research. Not only was that a complete waste of time, but it also shows incredibly poor branding–trying to attack an opponent with their brand.

So of course it didn’t go over well and once again, just like with Hillary Clinton’s use of “deplorables,” it’s now become a tagline of many social media profiles on the right. Donald Trump even turned Biden’s calling him the “MAGA King” back on him.

Biden — in his nasty way — generally won’t even call President Donald Trump by his name when he refers to Trump. You may have picked up on this, he refers to him as “the former guy” or some other similar term. The “former guy” is the leftist term for disparaging Trump. That’s where we’re at now with Biden — it’s juvenile. He’s also reportedly been throwing tantrums that his approval numbers are lower than Trump’s at the same point– and that they’re ‘worse than Carter numbers’ now.

Biden has passed on that lack of grace to his aides, including his Deputy Press Secretary, Andrew Bates. Bates seemed to think his boss falling over is the time to deflect by attacking Trump. This is what he is doing, rather than updating us on how Biden is. This is childish.

Never seen Trump on a bike. Let alone get right back up and keep going. But to be fair, I have seen him run track masterfully. https://t.co/vVMUsfsX0c pic.twitter.com/f1KD6BLGjj

Basic comms 101: when your boss does something embarrassing like fall off a bike, don’t make it worse by doing this. https://t.co/sFlHuDS36w

The White House has the biggest communications team & budget of any government office in the country; it’s many times bigger than ours. And… Theoretically, every Democrat comms person wants to work there, so they have their pick of the best staff in the country. The result: 🤦‍♀️ https://t.co/TuqUd9zlid