DURHAM BOMBSHELL: Clinton Operatives Spied on Trump in 2016 and in White House [VIDEO] 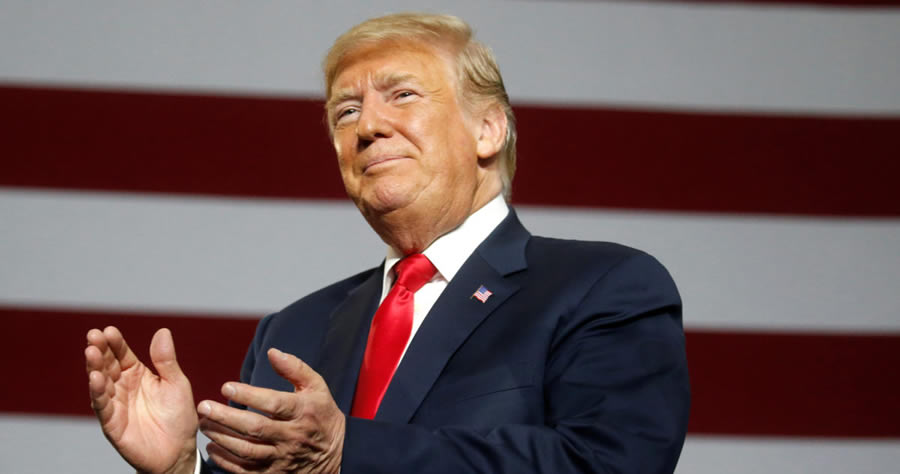 Special Counsel John Durham filed a motion in federal court in Washington, DC, on Friday alleging that Hillary Clinton’s political allies paid a contractor to spy on Donald Trump — both as a candidate, and as president — using cell phone data.

The motion was filed in the case of former Clinton Campaign lawyer Michael Sussmann, who is charged with lying to the FBI about whether he was working for the campaign when he told the FBI about a false link between Trump and Russia.

Sussmann was a partner at Perkins Coie, which often represents Democrats and which hired Fusion GPS to produce the false Russia “dossier” on then-candidate Trump, at the behest of the Clinton campaign and the Democratic National Committee.

Durham’s efforts have unearthed a plot by Clinton campaign lawyers to infiltrate Trump tower and the servers of the Trump White House to tie the former president to the Russian collusion myth (via Fox News):

Lawyers for the Clinton campaign paid a technology company to “infiltrate” servers belonging to Trump Tower, and later the White House, in order to establish an “inference” and “narrative” to bring to government agencies linking Donald Trump to Russia, a filing from Special Counsel John Durham says.

Durham filed a motion on Feb. 11 focused on potential conflicts of interest related to the representation of former Clinton campaign lawyer Michael Sussman, who has been charged with making a false statement to a federal agent. Sussman has pleaded not guilty.

The indictment against Sussman says he told then-FBI General Counsel James Baker in September 2016, less than two months before the 2016 presidential election, that he was not doing work “for any client” when he requested and held a meeting in which he presented “purported data and ‘white papers’ that allegedly demonstrated a covert communications channel” between the Trump Organization and Alfa Bank, which has ties to the Kremlin.

But Durham’s filing on Feb. 11, in a section titled “Factual Background,” reveals that Sussman “had assembled and conveyed the allegations to the FBI on behalf of at least two specific clients, including a technology executive (Tech Executive 1) at a U.S.-based internet company (Internet Company 1) and the Clinton campaign.”

Durham’s filing said Sussman’s “billing records reflect” that he “repeatedly billed the Clinton Campaign for his work on the Russian Bank-1 allegations.”

Durham states that the internet company that Tech Executive-1 worked for “had come to access and maintain dedicated servers” for the Executive Office of the President as “part of a sensitive arrangement whereby it provided DNS resolution services to the EOP.”

“Tech Executive-1 and his associates exploited this arrangement by mining the EOP’s DNS traffic and other data for the purpose of gathering derogatory information about Donald Trump,” Durham states.

Holy moly! New Durham filing. Rodney Joffe and his buddies at Georgia Tech monitored Trump’s internet traffic *while* he was President of the United States.https://t.co/NyT1bFvcRO pic.twitter.com/cbGh5k9oi2

The Senate must ask the @ODNIgov Avril Haines, former Deputy of @AmbRice46, who from NSA or any agency knew of this monitoring.

To put this in context, Joffe is the tech executive who claims to have been offered a top job in a Hillary Clinton administration. He funneled the info from his spying operation on Trump to Michael Sussmann, Clinton’s campaign lawyer. pic.twitter.com/rGOiGLZgPf

DNC/Perkins Coie allies – Rodney Joffe, et al. – exploited a sensitive US govt arrangement” to gather intel on the “Executive Office of the President of the U.S.”

They spied on Trump. pic.twitter.com/LOTseK2KhV

This wasn’t limited to the Office of the President of the U.S.

They also exploited data from Trump Tower, another Trump building, and a “healthcare provider.”

More on the conflict of interest re: Joffe lawyers and Sussmann lawyers. ht @HansMahncke pic.twitter.com/n9SGbrC4J9

🚨 Shocking new details coming from Durham: They spied on Trump WHILE he was President.