Dysfunction In The White House: Biden And Harris Relationship Is Even Worse Than We Thought 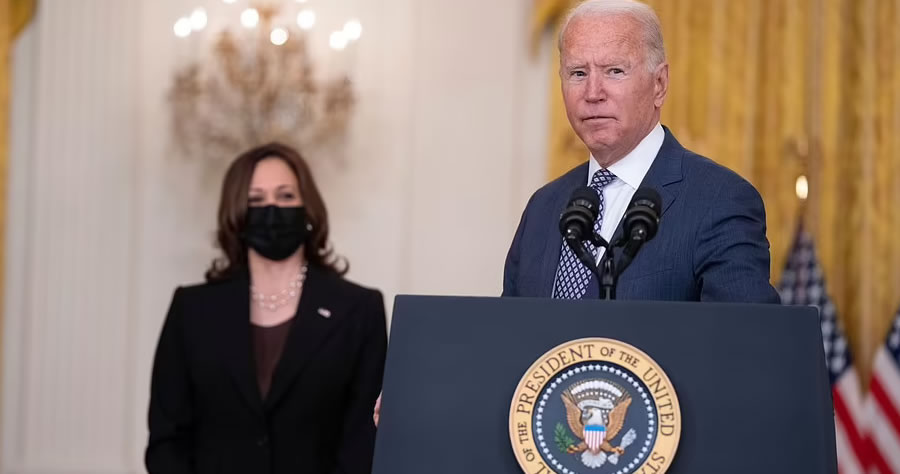 The polling numbers for President Joe Biden have been unprecedentedly bad, with his most recent approval rating from Quinnipiac University putting him at a disastrous 33%. Moreover, Biden has been hemorrhaging voters in key demographics including with millennials and Gen Z. And most disturbingly for Democrats, the racial group with which Biden is performing the worst is Hispanics, whose approval is even lower than with white folks.

As unpopular as Biden is, Vice-President Kamala Harris’ approval ratings are even worse, with a recent poll by FiveThirtyEight showing her at 32%, and a remarkable 58% negative rating. We should also note that one poll last year reported Harris’ approval all the way down to 28%, and another poll two weeks ago pegged her disapproval at 63%. These are historically low poll results for a sitting vice-president, and they’re not surprising.

Americans don’t like Joe Biden very much, and they like Kamala Harris even less. But recent reports reveal another interesting dynamic between the two: They don’t even like each other.

At the beginning of their administration, President Biden committed to having “lunch alone once a week” with Vice-President Harris; schedules permitting, of course. But a report from Real Clear Politics on Thursday explained that a review of the president’s public schedule shows that the two have only sat down for lunch twice this year.

The math is easy. With only two visits through four months, that puts Biden and Harris on pace to have a total of six such visits for the entire year of 2022, which is just over 10% effective to the goal of 52 visits per year.

The question is, why?

According to a new book authored by two writers from the leftwing New York Times, after he had sealed his nomination, First Lady Jill Biden advised her husband not to choose Harris as his running mate. Also in that book, the authors note that for the few times that Biden and Harris have met, “their weekly lunches lacked a real depth of personal and political intimacy.” When we also consider that during a primary debate leading up to the 2020 election, Harris essentially accused Biden of being a racist for his stance on busing, the picture becomes clear.

It will be interesting to watch how these dynamics play out over the next two-plus years and how they affect Biden’s and Harris’ governance and their political standing. Running the country effectively is difficult when you have a cohesive group of highly qualified people in charge. We have a couple of dysfunctional numbskulls running the show, and their performance has been utterly horrendous. But based on what we now know, things could get a lot worse.